Let's have a bit of rock steady this sunny Saturday. Two tracks from The Cables, who possibly took their name from lead singer Keble Drummond (or possibly not). Both songs come from their 1970 album "What Kind of World", produced at Studio One by Sir Coxsone Dodd.

"Let Them Talk" - The Cables

Because I'm in a good mood, and because "wire" is a bit like "cable", here's a bonus track - produced by Clive Chin just five years later and a couple of miles down the road from Studio One at Randy's Records. The sound quality is a bit ropey I'm afraid. That's my fault, not Clive's.

Last time we met we were having a frantic time up in Thessaloniki. Now we're packing our bags and heading down to Athens, where things are a little more mellow.

Sigmatropic are an Athenian outfit who have been going for about twenty years now. Their initial breakthrough came in 2002 when they released a Greek language album on which all the songs were based on poems by Nobel Laureate, Giorgis Seferis. This proved so successful that the following year they remade it all in English with a selection of guest singers.

The album is called "Sixteen Haiku & Other Stories" and the guests are an impressive bunch. They include Robert Wyatt, Alejandro Escovedo, Cat Power, John Grant, Laetitia Sadler, Howe Gelb, Mark Eitzel and the two we are featuring today - Steve Wynn and Lee Ranaldo. Steve's track in particular is rather excellent, and the whole album is worth tracking down if you can.

Mr Seferis was quite a man. As well as being one of the leading Greek poets of modern times he was a career diplomat - including a stint as Ambassador to the UK in the late 1950s - who then became one of the heroes of the resistance against the military junta that ruled Greece between 1967 and 1974. He died in September 1971, around about the time this was riding high in the local charts.

Posted by Ernie Goggins at 08:17 No comments:

It's Sunday, so obviously we have some surf and garage revivalists from Greece for you. They are called The Frantic V and they hail from the fair city of Thessaloniki - birthplace of the Young Turks among many other claims to fame. These tracks are from their 2004 album, "A Long Play With The Frantic V".

Posted by Ernie Goggins at 07:18 No comments:

I have been accused of often featuring music on here that appeals only to niche tastes. I say accused, it was possibly meant as a compliment - I certainly took it that way.

Either way, what could be more niche than Grupo Niche, the salsa combo from Cali in Colombia. They started way back in 1978 and are still going strong even though their founder Jairo Varela passed away in 2012. Both today's tracks come from a 1994 compilation called simply "The Best". As Grupo Niche compilations go, its better than all the rest.

You can thank (or blame) George for today's video. Last time out we featured the Soul Train dancers letting it all hang out to Disco Tex's "Get Dancin'", which prompted George to write in with the extraordinary claim that it had been the 82nd best selling single in Canada in 1975.

Obviously I had to check that out - he's right - which inevitably ended up wiht me frittering away valuable time looking through the rest of the top 100, telling myself it was "important research". To help justify that claim, here are the Soul Train gang again, this time strutting their stuff to No. 66.

At some point in the last few months, somewhere I can't now recall, I picked up a copy of "Ragga's Got Soul Vol. 1". A gift to the world from the groovily named Discotex label, the release date isn't given on the sleeve but I would guess it came out in the early to mid 1990s.

"Ragga's Got Smooth R 'n B Vol. 1" might have been a more accurate title for the album, as most of it is in the style of Shabba Ranks' crossover records of the period. There is nobody with Shabba's brand recognition on the album, the nearest thing to a household name probably being Johnny P.

It gets a bit samey at times and I doubt I'll bother hunting down the rest of the series, but its not a bad album by any means. Over to you, lads.

Two videos for you today. The eagle-eyed and sharp-witted among you will have worked out who the two artists are already. No points if you said Shabba. 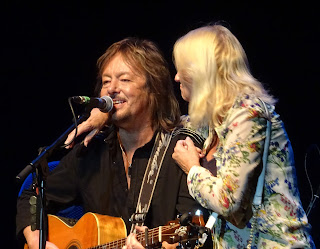 A couple of crackers for you today from the great Clancy Eccles.

"What Will Your Mama Say" - Clancy Eccles

If it is Clancys you want, here are some more of them, with one of their buddies. There must be a joke somewhere that ends "Tommy Makem? No they went of their own accord", but I can't quite think of it at the moment. I'll get back to you on that.

It's Single Song Sunday time again, folks. This time out we have Hank Williams' stomping standard "Jambalaya" for you.

We start with Hank's 1952 original, of course, then follow it with two versions that hit the US charts - Fats Domino in 1961 and John Fogerty in 1973. The song was chosen as Brenda Lee's debut single in 1956 (it didn't chart) - her voice already sounds great, which is more than can be said for the arrangement.

In the second half we have some Dutch rockers and a German pop poppet, with The Residents inserted between them just in case things kick off. Then we finish with a Creole gentleman showing the rest of them how it should be done.

There is no Mandatory Reggae Version. I did find one - this effort - but, as unlikely as it might seem to regular readers, there are depths to which even I will not sink.

Some marvellous gnarly mountain music for you today courtesy of the late, great Ola Belle Reed - singer, songwriter and connoisseur of the clawhammer banjo.

Born in 1916 in the heart of the Appalachians, Ola Belle made music with family and friends from her childhood until a stroke at the age of 70 rendered her incapable. She was not "discovered" by them fancy folklorist types until the mid-1960s, which is when these recordings date from.

Both tracks come from an excellent compilation called "Ola Belle Reed and Southern Mountain Music on the Mason-Dixon Line" released by Dust-to-Digital. The first CD features the best of Ola Belle's 1960s recordings, and the second features her descendants and friends recorded forty years later. You can also buy a version with a book about Ola Belle and the gang, but I've not read it so can't vouch for whether it is worth the extra money.

"You Led Me To The Wrong" - Ola Belle Reed

Apparently this lot were named after her. Or so I'm claiming.

As it says in the title. Here are six soul singers called Barbara. Maybe they could form a self-help group to deal with their romantic woes. Barbara A certainly seems to have a potential solution to some of the others' dilemmas.

"I Don't Want To Lose You" - Barbara Mason

"Messin' With My Mind" - Barbara Carr

"Say You Need It" - Barbara Perry

Posted by Ernie Goggins at 09:02 No comments: