I had better start with an apology. I always knew that putting together different versions of the same song was not a remotely original idea. But I did not know that unconsciously I had borrowed the title of this series from Mr. BoyHowdy at "Cover Lay Down". If he gets to learn of this, I hope he will consider it a homage not a rip-off.

Anyway, back to the business of the day. You will all be familiar with "Try A Little Tenderness", but - like me - you may not have been aware that it was written way back when by three English songwriters, Harry Woods, Jimmy Campbell and Reg Connelly. It was first recorded by Ray Noble and His Orchestra in 1932, since when it has been covered by pretty much every crooner that ever crooned a tune.

I have tried to avoid the obvious versons that you will have, like those by Otis Redding and Aretha Franklin, but there are still plenty of good ones to choose from. We will start with what I think is the earliest version in my collection, by the delightfully named Little Miss Cornshucks, and finish off with a surprisingly sprightly rendition by a Welsh youth choir. In between we have the obligatory reggae version , the less obligatory calypso and disco versions, and some sublime moments from the likes of Charlie Rich and Etta James.

Posted by Ernie Goggins at 16:57 No comments:

Followers of our intermittent offerings of Tsonga Disco will recall that we have spoken of the alleged bad boy of the Tsonga music scene, Benny Mayengani, who is accused of having been responsible for a series of spats with his former mentor, the great Joe Shirimani, and others. Might he have been misjudged?

On his most recent album, "Ntombi Ya Ku Xonga", Benny includes a track called "Jelly Na Custard". Now I don't speak Tsonga, so it is always possible that this is a vitriolic attack on his enemies who he accuses of having no more backbone than jelly. But can a man who writes songs about custard really be all bad?

Let Benny speak for himself.

And sticking with Bennys (and, indeed, Ernies)...

The Show Must Go On

From the mid 1950s to the mid 1970s, the showbands ruled Ireland. Almost every town big enough to call itself that had a dance hall, into which every Saturday night as many locals as were able would squeeze themselves, in the gaps between the rhythm section, the guitarists, the brass section and the two or three singers.

There is a great four disc compilation called "The Fabulous Irish Showbands" which is pretty representative of the average showband repertoire. It consists of about 30% pop hits of the day, 30% country standards and 30% "I'm far away in Amerikay but I miss [insert name of town of county here] so", with a smattering of originals to round things off.

With such riches to choose from it was hard to narrow it down to three, but here goes. We start with a bit of pop-psychedelia from Dickie Rock, before moving on to an utterly bonkers version of Neil Diamond's "Kentucky Woman" by Brendan "Hucklebuck" Bowyer. I find it hard to describe our last selection, but my guess would be it was inspired by East of Eden's "Jig-A-Jig".

I can't find a clip of Brendan in his prime doing the Hucklebuck, so you'll have to make do with this version instead.

Any of you who have spent any length of time in a big city in Africa will know that the group of people who do more than anyone else to keep the place running are the drivers of the minibuses and collective taxis, without whom large chunks of the population would never get to work.

Here are some tributes to those undervalued African heroes. I was going to call them unsung heroes but as they are getting sung about that would not strictly be accurate. The songs come from Nigeria, Cote d'Ivoire, and the last two from South Africa.


"Taximan" - eVoid
I was at school in Boksburg with Erik Windrich, the lead singer with eVoid, many centuries ago. We were in the school production of HMS Pinafore together. Gilbert & Sullivan don't appear to have been a major influence on his subsequent musical direction. Understandable I suppose, but also a bit of a shame in a way.

Posted by Ernie Goggins at 14:07 No comments:

Here is some top notch toasting from the legendary Big Youth.

And here is some less successful toasting from Paul Young and accomplices.

It is time for a quick, and long overdue, dip into the ReviewShine goodie bag.

First up is our old friend Kathryn Caine. Kathryn's new album is called "Better" and - with no slight intended to her previous records, all of which I enjoyed - I think it probably is. The backing band seems to have a bit more oomph this time out, and it suits the songs well, especially the title track. Check it out then track down the album on the usual digital sites.

The second act today is a sort of German alt-country super-group (although they would need to sign up the Dad Horse Experience to make it a real super-group). The album "Sample & Hold" is what happens when Mr A Million Mercies and Mr Broken Radio - neither I suspect the names they were born with - set aside their solo careers and make music. Very good it is too. It is out now on Hausmusik.

For our final selection we leave Germany (and ReviewShine) behind and head over to Sweden, where we find Johan Hedberg waiting for us. His new album, "Paradiset", is out on Labrador Records on 23 September, and the nice folks at Labrador have sent out a taster to share with you.  His whistling, while not exactly up to Roger Whittaker standards, is perfectly passable and sets the whole thing up nicely.

I don't know about you, but "Nackamasterna" reminds me a little bit of this...

But somehow not of the bits of "Flight Test" that remind me of this...

We are overdue some Tsonga Disco, so let's put it right with a couple of tracks from Sayicology. Sayicology was part of the old Limpopo Poison gang with Benny Mayengani, Prince Rhangani and Joe Shirimani before it all went pear-shaped (see earlier posts for the ins and outs of the story). What the future holds we will have to wait and see.

Here he is in a sort of semi live performance at an awards show last year.

Some nice people have reissued digitally lots of Spanish and Spanish language singles that were originally released in the 1960s and 1970s on the Ekipo label. Thanks to them I have discovered the delights of Argentinian popsters, Mantra.

If the combination of the Emociones Mezcladas website and Google Translate are to be believed - and I would trust the former more than the latter - Mantra were formed in 1970 in Corrientes from former members of Los Pokers and Los Dandy Boys, and enjoyed considerable success in the ten years of their existence, achieving "first 7 national posts, 4 in Uruguay and 2 in Colombia" between 1972 and 1974 alone.

Here are a couple of their hits from 1973. Emociones Mezcladas/ Google are particularly keen on "Saravah", which they describe as follows: "an exciting song, of just 3 minutes, intense pace of Pop & Beat Latino, arrangements incredible winds, incessant chorus, and a topic very advanced for the time, (warm evening, phosphorescent, are like fire and shut down nobody) repeats the song, It is definitely one of the best pop songs of the 70s".  I am not sure I would go quite that far, but it is a right cracker.
"Trinidad Tobago" - Mantra

Two short years after Mantra visited Trinidad, Typically Tropical decided to head to the Caribbean as well, taking Pan's People with them.

We interrupt our scheduled programming to bring you something truly weird and wonderful.

I was browsing through the Twinkle Brothers albums in eMusic last night, as you do, when I came across one called "Twinkle Inna Polish Stylee", credited to Higher Heights. I was powerless to resist clicking on to find out more. And I am very glad I did.

Higher Heights was a collaboration between Norman Grant and Dub Judah of the Twinkle Brothers and three Polish folk musicians from the Trebania family. The recordings were made in 1991 and, as far as I can work out, are all traditional Polish folk tunes that have been twinklified. And, as unlikely as it seems, it works really well.

To save Mister F the trouble of writing, we will not be using this as an excuse to show the clip of this year's Polish Eurovision entry. If it's a pair of tits you are after, you are out of luck. Obviously.

What better way to ease into Sunday than with some vintage British lovers rock courtesy of the late Jean Adebambo.


You will probably have recognised the second song as a cover of Betty Wright's immortal classic. As I'm feeling kind, here is the original as a bonus.

Posted by Ernie Goggins at 09:06 No comments: 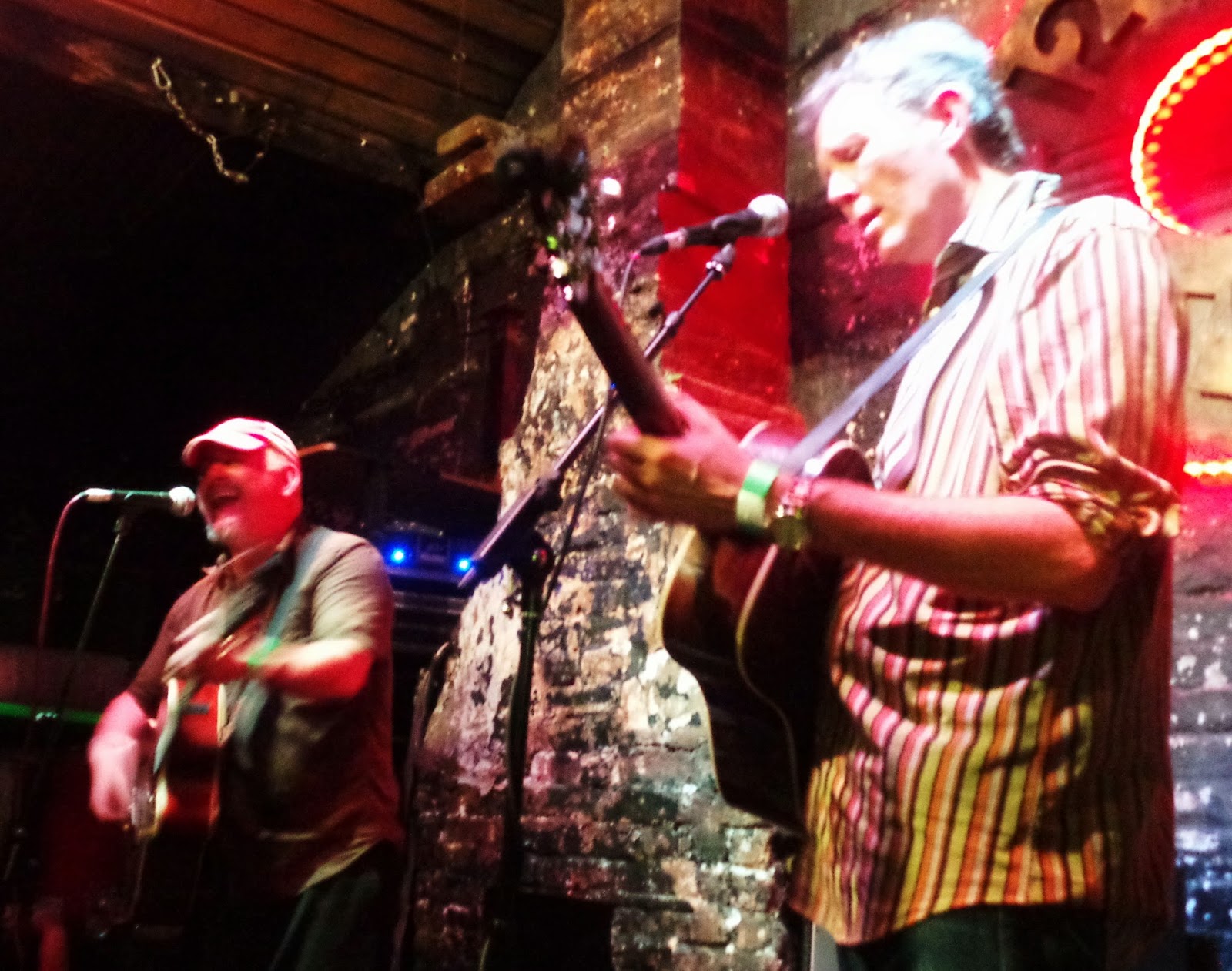 A shorter than usual Single Song Sunday for you today, partly because of my ongoing problems with Box and partly because of the nature of the song. The decent cover versions of "Ooh Baby Baby" - written by Smokey Robinson and Pete Moore and a hit for The Miracles in 1965 - either stick fairly closely to the original format, slow everything down or add a reggae beat. We bring you an example of each. There have been some attempts to funk it up but they don't really work.

UPDATE: The Miracles' version has been surgically removed by Box after a complaint about breach of copyright. Sorry, Smokey.

It's amazing what a difference an extra "Baby" can make:

If, like me, your reaction to the early stages of that clip was "Who is Gunter Gabriel and where can I find his music?", here is the answer:

You will have to find Steffan Waggershausen yourself.
Posted by Ernie Goggins at 21:55 3 comments: