I mentioned in my previous post that I acquired a few old vinyl albums for 50p apiece last Sunday. The Frankie Paul album I featured then is the pick of the bunch. Here are the other two.

First is a Kevin Ayers' album that I had never previously known existed - "That's What You Get Babe", released in 1980. 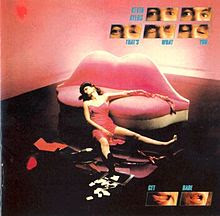 It was his last album on Harvest Records. Apparently the label got in an outside producer to add more polish, which seems to me to miss the point of Kevin Ayers entirely. If not exactly a career high, it is not all bad by any means.

"Where Do The Stars End" - Kevin Ayers

The other album was by someone I had never previously heard of, one Kathy Dalton. The album came out in 1974 on the DiscReet label under the name "Boogie Bands & One Night Stands", although all but the title track had been released previously on an album called "Amazing". 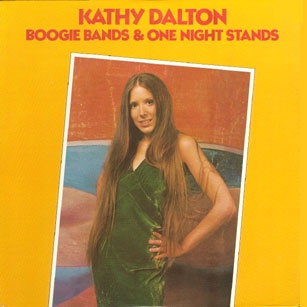 Not knowing anything about Kathy Dalton I had no great expectations. Then I googled the album and discovered that Kathy was backed by the likes of Little Feat, Van Dyke Parks, Carl Wilson and Sneaky Pete Kleinow. Learning about this stellar cast meant that by the time I got round to listening to the album my expectations were way too high. It is an enjoyable listen without in any way being exceptional. These two tracks are among the highlights, and "Justine" reminds me very much of the sort of record Bonnie Raitt was making round about the same time.

Speaking of Bonnie Raitt, here she is doing Del Shannon.

And as an extra bonus, here is another Del Shannon cover courtesy of the magnificent, and late lamented, Joe Dolan.