I'm back from my travels. Japan. I dropped a few clues into the last post before I left but none of you seemed to spot them.

I had a great time discovering many new delights. Some of them were culinary - who knew eel bones would look and taste like Twiglets? - and some of them were musical. I've picked up some very promising looking stuff to share with you, including one CD that I am already convinced is my favourite compilation album of all time (and I haven't even listened to it yet).

I also managed to fit in a gig while I was in Tokyo, at the very hip O-Nest in Shibuya. You go up in a rickety lift to the 6th floor, walk through the bar and down the fire escape at the back to the venue on the 5th floor.

The gig was excellent value. There were five bands on the bill, it was technically free to get in but you had to pay 1200 yen (about £9) for two drinks vouchers. You would be hard pressed to buy two beers for that price in a normal bar in Tokyo.

I missed the first two bands. Of the three I saw, the best thing about The Freddie Mercurys was the name, but the other two were pretty good. Both Luminous 101 (the moody gent below) and Verandah (the fiery lady) had what I felt were some obvious 1980s influences, but nobody else in the audience would even have been born in the 1980s so maybe they felt differently. 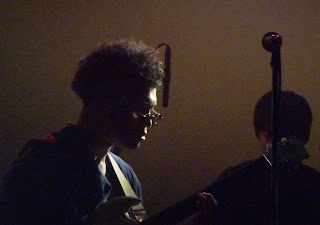 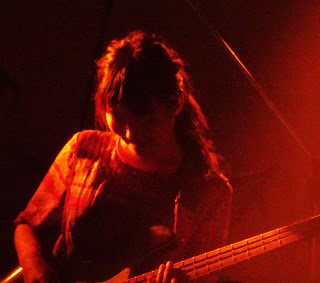 Here is a track apiece from Luminous 101's self-titled album - out now on Spotify and possibly elsewhere - and Verandah's first album "Any Luck To You" which came out in 2017. They released a second album called "Anywhere You Like" last year. According to Google Translate, their song title means "Early Talk", but I would take that with a pinch of salt.