Today I come bearing the first fruits of my visit to the Jugoton record shop in Skopje. If you are in town I would recommend a visit. You can find it on the third level of the GTC Shopping Centre which is a couple of minutes walk from Macedonia Square. Just look for something like this: 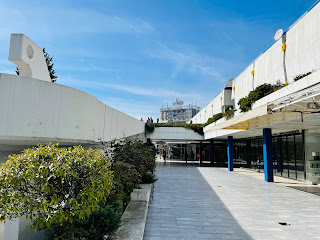 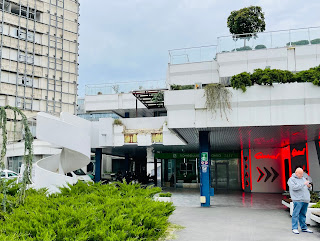 While I was in Macedonia many of the locals I spoke to told me that Leb i Sol (Bread and Salt) were the best band they ever had, so when I found a copy of their "Greatest Hits Collection 1978-89" I had to snap it up.

Their first three albums from 1978-79 are described by the ProgArchives reviewer as "largely instrumental Macedonian ethno-jazz-fusion". By the late 1980s they were a bog-standard AOR outfit, at least judging by the tracks on this compilation.

Here is one track from their self-titled debut album and one from 1984's "Tangenta", which was produced by that notorious Macedonian maverick, the Skopje Svengali himself, Kevin Ayers.