It has been about a month since we had some Tsonga Disco up here, which is far too long. So let's put that right with a couple of new names - Kenneth Shvambu and Shadrack "Man" Nkuna, better known to their fans as Khwaya Ra Masesi. 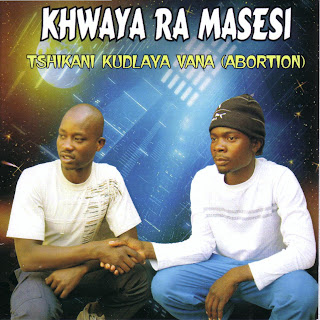 Their album "Tshikani Kudlaya Vana" came out a couple of years ago through Majozientertainment Music, the same folks who bring you our old friend Madlaks. With that pedigree you would probably be expecting some high quality Shangaan sounds. And you would be right.

You'll be as amazed as I was to learn there are no Khwaya Ra Masesi videos on YouTube. Cheer yourselves up with this instead.