We are overdue some Afro Pop. Here are a couple of tracks from an album I picked up in Cape Town over Easter. The gentleman's name is Dimas. He is from Mozambique. His album "Txotxoloza" was released in 2004. The fast tracks are quite catchy, the slow tracks are quite soulful. That's all I know.

On my iPod Dimas appears between Dillinger and Dinah Shore.

Posted by Ernie Goggins at 23:39 No comments:

I don't have the words that could come remotely close to doing justice to the glory that was George Jones, so we'll let him speak for himself. Here a just a few of my personal favourites. I thought about leaving "He Stopped Loving Her Today" out for being too obvious, but that would have been foolish. It is, after all, possibly the most moving record anyone has ever made.

"She Told Me So" - George Jones

"Brother To The Blues" - George Jones 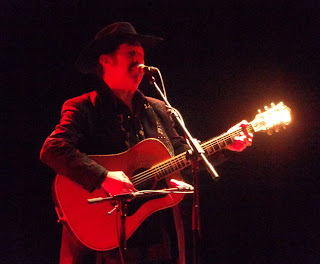 Very sorry to hear that Richie Havens passed away yesterday. I've always loved his voice, and "Alarm Clock" is a great record. "Younger Men Grow Older" is from that album. That and the other two titles seem sadly appropriate today.

"You Can Close Your Eyes" - Richie Havens

"There's A Hole In The Future" - Richie Havens

Posted by Ernie Goggins at 08:08 No comments:

Popping Out For Sunday Lunch

Over the last few days I been making a concerted effort to reduce the huge pile of CDs I have bought but not got round to listening to before it causes permanent structural damage to my shelf. During this morning's shift three that seemed to go together fairly well came off the pile in a row, so I thought I would use them for today's post and pretend it was planned.

First up was "In Our Bedroom After The War", the 2007 album by Stars. The title track is an absolute classic, the rest of it is pretty good as well. Next was "Intro 2007", a sampler of artists whose records were released on the Popfrenzy label in Australia and NZ. It includes the likes of Camera Obscura and Of Montreal, as well as the two featured here.

And finally, purchased in Gare Midi in Brussels for €1, was a greatest hits compilation by Belgian 90s popsters Pop in Wonderland. This cover version of an old Melanie hit, on which they are joined by the lady herself, was top three in Belgium in 1995. So now you know.

"Today Will Be Better, I Swear" - Stars

That's not a bad Melanie cover. This is the best one though.

This, on the other hand, isn't. When I was about 12 I saw this lot in a double bill with Leapy Lee. A formative experience.

Let's get your libido loosened up and raring to go with both sides of a 1964 single by Muddy Waters. If, like me, you are unfamiliar with the phrase "John the Conqueror Root" it won't take you long to work out what he is referring to. Suffice to say, it is a source of great agitation for the ladies.

And here are a couple of "muddy" songs from the mighty Johnny Rivers, neither of which are a tribute to Mr McKinley Morganfield. Although the first has most of Muddy's surname in it and the second has most of Johnny's. So maybe, and a deeply psychological level, they are a tribute after all.

I think the only conclusion you can draw is that Johnny has a bit of a thing about mud. And who can blame him... 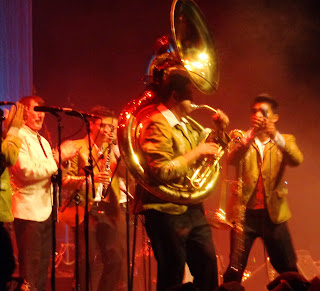 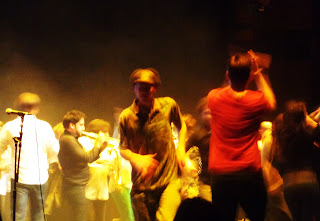 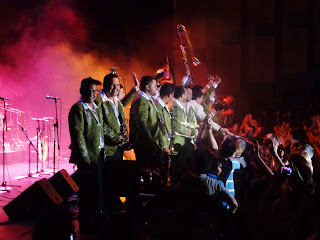 I have finally worked out what this blog has been missing - Japanese Ragga. Let's put that right.

"Reggae Is My Life" - Express 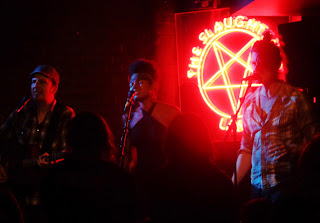 As I had feared, the Tsonga Disco pickings in Cape Town were slim, albeit perfectly formed. They comprise an album by one of the founding fathers of Tsonga music, a new member of the Maluleke clan (Alpheus), and a Patson Chauke production with a totally bonkers cover.

All that is to follow. For now, let's get this show back on the road by heading north to join up with the Cameroon king of disco, our old pal Elvis Kemayo.

Here is the other Other Elvis.

And here is the other Other Elvis's Dad

Posted by Ernie Goggins at 18:49 No comments: