We start with the best known of the bunch, who had a string of hits in the 1970s and 1980s; the second lot put out an album on a Motown subsidiary in 1972, from which this track comes; the third were from New York and released this Janis Ian cover the year before; and we end with the great James Blood Ulmer and pals larking about in 2005.

Vote for your favourite Odyssey now! I don't wish to be accused of trying to manipulate the result, but my money is on the one from the Philippines, seen here rocking Calamba City back in 2013.

Get your weekend off on the good foot with some sparkling Afro-disco courtesy of Mr Tunde Mabadu. Both tracks come his album "Viva Disco", originally released in Nigeria in 1980 but rediscovered and reissued earlier this year by Mr Bongo Records. Whether it was Mr Bongo himself who dug that particular crate or one of his minions known as the Bongettes I don't know, and it probably only matters to them.

Posted by Ernie Goggins at 09:28 No comments:

Four more corner songs starting, most appropriately, with "Four Corners". They are all reasonably funky, so consider this a tribute to Larry at the excellent Funky 16 Corners blog. He does this sort of thing four times better than we do.

The first instalment of a new series of songs about corners.

I was originally just looking for something to play alongside Errol Scorcher's masterpiece, a record I've loved every since I first found the 12" version at a car boot sale in Cambridgeshire nearly 40 years ago. Then I discovered I had more "corner" songs in my collection than I had realised. We'll start with the reggae ones and see where we get to. 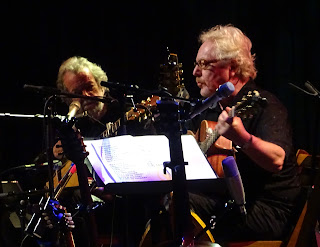 Posted by Ernie Goggins at 21:50 No comments:

We have persisted with the claim in the header that we are "bringing Tsonga Disco to the masses" even though it hasn't really been true for a long time. It's not been a conscious decision, more to do with my access to new supplies of Tsonga Disco being more limited these days and there being so many more marvellous types of music to share with you.

But today we're going back to our roots with a couple of tracks from Armandinho, about whom I know nothing at all apart from the fact that he is from the Mozambique branch of the Tsonga nation. My guess would be that these tracks are 15-20 years old, but that is only a guess.

Does anyone else out there remember Frazier Chorus? I must confess I had forgotten all about them until I found a copy of their debut album, 1989's "Sue", in a local charity shop recently.

It is a bit samey but very nice. The two stand-out tracks concerns kitchens and living rooms. Just think what they could have achieved with a concept album covering every room in the house.

Fun fact: According to Wikipedia, lead singer Tim Freeman is the older brother of Martin of "The Office", "The Hobbit" and "Sherlock" fame. Hence today's clip.

Posted by Ernie Goggins at 17:35 No comments:

I'm calling this post 'Saturday Siren 1' in the hope that it will encourage me to start a regular series of posts featuring feisty female vocalists. On past form it won't work, but let's see.

Kicking off, and possibly also closing, the series is the magnificent Croatian singer Josipa Lisac. Both tracks come from her 1973 debut album "Dnevnik Jedne Ljubavi" ("The Diary of a Love").

Posted by Ernie Goggins at 08:21 No comments:

I've been to some weird and wonderful gigs this year, and last night's rates pretty highly on both counts.

I was at London's fashionable South Bank to see Ssing Ssing, a Korean ensemble who describe themselves thus: "We define the band's genre as alternative Minyo rock, Minyo referring to Korean folk music which is characterised by an emphasis on strong vocal lines and lyrics that sing about peasant lives".

Which is all very well, but it doesn't really prepare you for the sight (and sound) of two men in drag and a small but very noisy woman in a shiny skirt wailing, leaping and cavorting round the stage while the three musicians behind them crank out everything from disco and ska to doom metal. I really have no idea what was going on but it was bloody marvellous. You should go and see them if you get the chance. 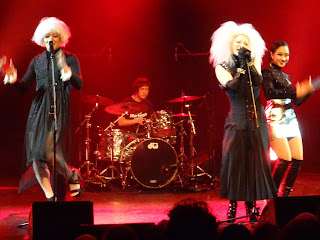 I have added a bonus track. Ssing Ssing have no connection to the similarly spelt prison, but you should not need a reason to enjoy the Fabulous Fezettes.

From Sing Sing to song sung...