There was great rejoicing in the Goggins household earlier this week when I finally got hold of an album I have been trying to track down for at least 20 years: "Salt 'n Pepper" by the late, great Lord Melody. Regular readers will know of my great love for Lord Melody as we have featured him a number of times previously. In my view he is second only to the Mighty Sparrow in the pantheon of calypso greats.

I first came across "Salt 'n Pepper" - originally released in 1974 - in Stoke Newington library some time in the mid 1980s. I copied it on to a cassette which went the way of all flesh a few years later, since when I have been pining. Recently I finally tracked a copy down in Switzerland, where it was presumably kept in the bank vaults with all the other treasure, and for a slightly exhorbitant fee it is now mine, all mine!!!

Here are a couple of corkers. In the second one, Melo claims that a law was passed in France in 1973 making it illegal for ladies to wear knickers. While admittedly I have not checked the statute books, I can't help thinking he has got hold of the wrong end of the stick somewhere.

As a bonus, here is his old friend and rival with a touching tribute marking Melo's death from cancer in 1988.

"Play One For Melo" - Mighty Sparrow

And here is a girl in France. I have no wish to speculate on whether she is law-abiding or not. 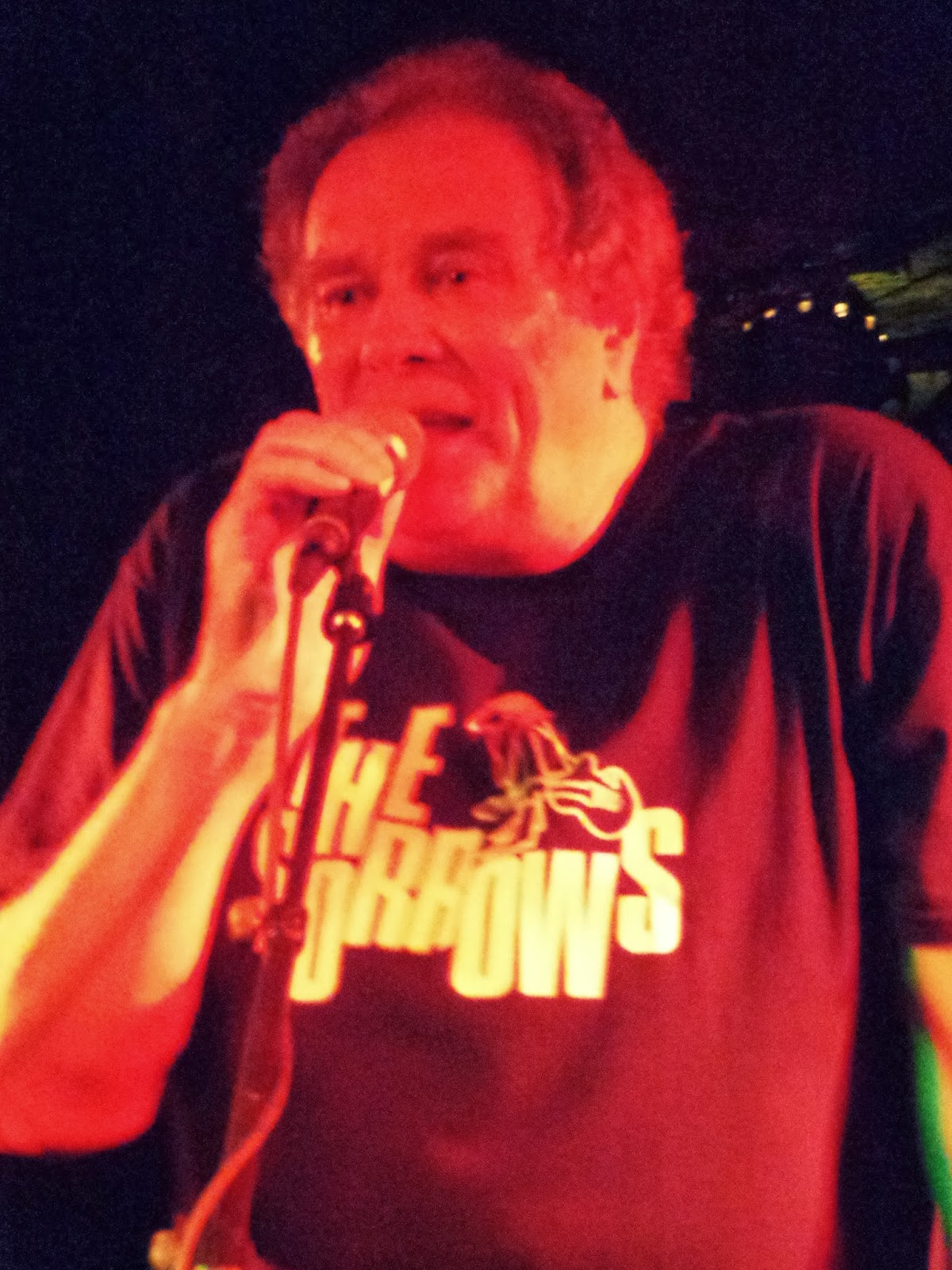 Tonight is Burns' Night. I did think about posting a selection of songs associated with the Bard in the hope of bringing a smile to the honest, sonsie face of my extensive Scottish readership (AKA Charity Chic). I changed my mind - I didn't want to risk patronising the wee, sleekit, cow'rin, tim'rous beastie - so instead you are getting three songs with the word "burns" in the title.

"As The Flame Burns Down" - The Low Anthem

Five songs, one title, one Continent.

Five artists - two from Jamaica, one apiece from Honduras, Mali and Zimbabwe.

I did think about rounding things off with a video clip of "Africa" by Toto, but you are a discerning lot and deserve better. So instead our clip links to one of today's featured acts, Mr Anthony Alphanso Waldron, AKA Lone Ranger.

As singers, Prince Phillip Mitchell and George Soule had only limited success. When it comes to writing songs for other people, though, that's another matter. All soul fans will be familiar with Millie Jackson's "Hurt So Good", Mel & Tim's "Starting All Over Again" (both by Prince Phillip) and Percy Sledge's mighty "I'll Be Your Everything" (by George).

There are couple of great albums available featuring demos they recorded of their songs with the aim of drumming up interest, mostly from the early to mid 1970s - "Pick Hit Of The Week" (Mitchell) and "Let Me Be A Man" (Soule). Listening to them makes their lack of success as performers even more inexplicable.

Here are a couple of corkers from each album.

"I'd Still Be There" - Prince Phillip Mitchell

"If You Really Love Him" - George Soule

Some great hair in the first video. But what on earth have they used as Percy's backdrop? It seems to be half a giant plastic head with a motorbike where it's chin should be.

Let's liven up your Tuesday evening with a couple of slices of vintage mbaqanga courtesy of Mr John Moriri. At some point between 1976 and 1983 he traded in the Manzini Girls for the Katanga Boys. No disrespect to the lads, but he should have hung on to the girls, if only for their ululating.

Here is another cool dude from the 1970s who popped up on my shuffle earlier today and is proving strangely reluctant to leave. This is for anyone out there whose Love Jones is out of control. Most of you, I imagine.

Let's have some Esther Phillips. No reason - what reason do you need?

"Turn Around, Look At Me" - Esther Phillips

Posted by Ernie Goggins at 16:49 No comments:

A compilation called "Hide And Seek" was released last year that purports to be a collection of "British blue-eyed soul" from the 1960s. To these ears there is not a lot on there you could call soul, blue-eyed or otherwise, but there are a lot of groovy tunes. Like these two.

"Our Love Is Getting Stronger" - Jason Knight

According to Wikipedia, Carl King is/was from Beckenham. Other musical residents include David Sylvain, Peter Frampton and one David Bowie, who made his own contribution to the "blue-eyed" soul sound with this. Some fine Dad-dancing at the end as well.

I have mentioned previously that Brian from Awesome Tapes From Africa was doing a couple of what I understand the young people call "sets" down the old Cafe Oto. Mister F and I duly went along last night. While our combined decrepitude meant we did not make it to the very end, some of the tracks Brian played were, well, awesome, and he managed to get the Dalston hipsters up and at least attempting to boogie.

His appearance also incentivised me to finally get around to listening to a few Ethiopian cassettes that I picked up in Addis about 15 months ago. They are pretty awesome themselves. Here is a track from each.

The first three are from the 1970s and/or 1980s. They were "reissued" by the Electra Music Shop, located - as it says on the back of the cassettes - in "Addis Ababa Infront of the Grand Mosque", and well worth a visit if you are in town. Apart from the name of the singer, I can tell you nothing about them as all the relevant details in the sleevenotes are in Amharic. If there is anyone out there who can translate for me, please get in touch and I will send some scans over. The Ephrem Tamiru track has become an instant favourite here at Chez Goggins. [UPDATE: We have a title for the Ephrem Tamiru track. With a degree of inevitability, His Awesomeness posted it a couple of years back]

The final offering, from Alex Olompia's "Diaspora" album, is of more recent vintage. It is dated 2002 but assuming they are using the Ethiopian calendar it is probably around 2009 in new money. The track listing on the sleeve does not seem entirely reliable, with the number of tracks listed as being on each side of the cassette not matching up to the number that are actually there. But I am fairly sure about this one.

We finish with a couple of RIPs. The first is Eusebio, one of the greatest footballers who ever lived, and someone I was once lucky enough to see play when he guested for Cape Town City in 1978. The other is Phil Everly, one half of the best duo in the business. We'll miss them both.

Should you ever find yourself in Essaouira in Morocco - and if you have any sense you will do at some point - make sure you pop into Bob Music on the main drag. 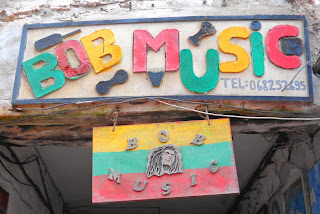 As you can probably tell, the proprietor is a big Bob Marley fan. He's a charming fellow and his shop is a magical mix of local CDs, musical instruments and random vintage album covers. This copy of Steel Pulse's classic "Handsworth Revolution" has admittedly seen better days, but then haven't we all. 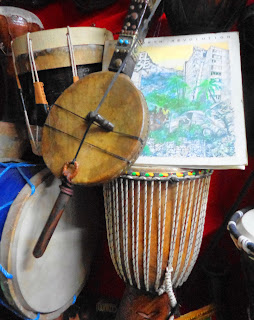 One of the CDs I bought off him was "Argan D Cufgan" by Awarg Fusion, a band from just down the coast in Agadir. Here is a track from that album. I am not going to put up a Bob Marley track as I imagine the copyright police would be on that in a trice - you'll have to make do with the video below - but I am happy to risk some Steel Pulse for your delight and edification.

I don't know if you were aware, but in days of old Essaouira was called Mogador, which gives me all the excuse I need to play this (historically inaccurate) old favourite.

"The Maharajah Of Mogador" - Robin Williamson & His Merry Band