Some groovy Ghanaian sounds for you tonight. Both tracks from a compilation titled "Ghana Awake Volume 1", which came out in 2011.

I haven't been able to establish whether any further volumes were ever issued - maybe it wasn't necessary if this one succeeded in getting them all up and about in Accra and out of bed in Bolgatanga.

It is a little over a year ago that Merle Haggard left us. And it is little over 24 hours ago I acquired one of his little remembered mid-1980s albums in a record shop (possibly the only record shop) on Jersey - 1986's "A Friend in California".

It is not absolute vintage Merle by any means, but anything with that magnificent voice on it is always going to be worth a listen. So this post is a slightly belated "one year on" dedication to the great man. And the second track is also dedicated to everyone who is being missed an awful lot at the moment - like my friend Tracy's Mum and Charity Chic's Grandpa Jim - and to everyone doing the missing.

"This Time I Really Do" - Merle Haggard

Big in Benin, and Particularly Prominent in Parakou. Some vintage African funky jumpy stuff to get you into gear on a Sunday morning, courtesy of Orchestre Super Borgou de Parakou.

Here's another orchestra that was quite popular in the 1970s.

Some excellent advice here from Little Village, sadly being ignored by the boys of NRBQ.

"Don't Think About Her When You're Trying To Drive" - Little Village

Here is another reminder of the importance of remaining focused while driving. It is really rather creepy.

Apologies for being a bit irregular of late, but I've been travelling for work quite a lot. Now, for a break from all that travelling, I'm about to go on holiday. As usual, we'll fill the gap with a bumper selection of tunes first featured here back in 2009, when it was just me and the tumbleweeds.

"Give Me All Your Clothes" - Microdisney

"This Must Be The Place (Naive Melody)" - Shawn Colvin

Normally when we do these pre-holiday posts I finish off with a clip of DJ Sven and MC Miker G. But they cropped up a couple of weeks ago after I heard that a "famous Dutch DJ" had discovered Tsonga Disco. So instead here is something that is arguably even better. Have fun, see you in a couple of weeks. 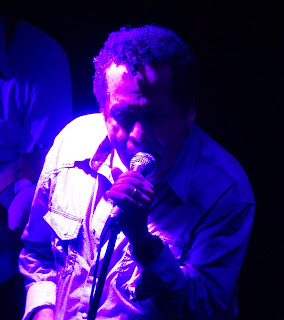