At some point before dawn on Sunday I will be setting off on my hols. As is sort of traditional now, I will leave you with a selection of songs first featured back in the early days of the blog when it was just me and the ether (and the ether didn't do much either).

The list starts vaguely on message but rapidly descends into randomness.

"Do The Standing Still" - The Table

And sticking with tradition...

I was working in Milan for a couple of days earlier this week and managed to squeeze in some sightseeing and record-buying. On paper, the highlight of my purchases was "L'Anthologia Funk" which - as the name hints at - purports to be an anthology of Italian funk music from the 1970s and 1980s. Take the word "funk" out of that sentence and you have a more accurate description - unless "funky" is defined as "has a bit of slap bass on it", this mostly isn't.

That said, it is not entirely without its charms, as we demonstrate below. I particularly like the track by Andrea Mingardi, who comes across as a sort of Italian Ian Dury.

For today's clip, let's stick with some Italian music from the early 1980s. This is dedicated to my friend Lucia Liuzzi who, at the age of two, has discovered the joys of telling people to "Stop It!".

Posted by Ernie Goggins at 20:48 No comments:

I was pootling around on eMusic the other day and came across an excellent compilation called "Girls Gone Rockin'", which has 75 female fronted R 'n B and rock 'n roll tracks from the 1950s or thereabouts. There are some absolute crackers on there. Here is a small selection.

"Is There A Man In The House" - Lillian Briggs

Ann Castle seems to be suffering from a bit of a jealous mind. RIP Alvin.

Here are a couple of those sort of hippies, at their hippiest.

Posted by Ernie Goggins at 21:49 No comments:

Very sad to hear about the death yesterday of John Holt. Mister F and I used to invoke his name whenever a song that was totally unsuited for performing in a reggae style came on the jukebox in the Little Driver. "John Holt could pull it off", we would say. And I bet he would.

Here are a couple of choice covers plus one of his own, while the clip features probably the best known cover of a John Holt original. Rest in Peace, Mr Holt.

Almost exactly two years ago I had a fantastic trip to Ethiopia. One of the many highlights was visiting the wonderfully decorated churches on the islands and peninsulas of Lake Tana.

The base for exploring Lake Tana is Bahir Dar, which is a pretty groovy town in its own right. While I was there a nice man in a local record shack bunged about 150 mp3s onto a disc for me and charged me next to nothing for the pleasure. I somehow managed to mislay the disc and have only recently rediscovered it. Here is a small selection of its many delights.

Today's clip brings you the song that was all over the Ethiopian airwaves when I was there. For the record I would like to make it clear that I disapprove strongly of the inappropriate focus on feminine pulchritude in the video - obviously. But the song itself is ridiculously catchy. 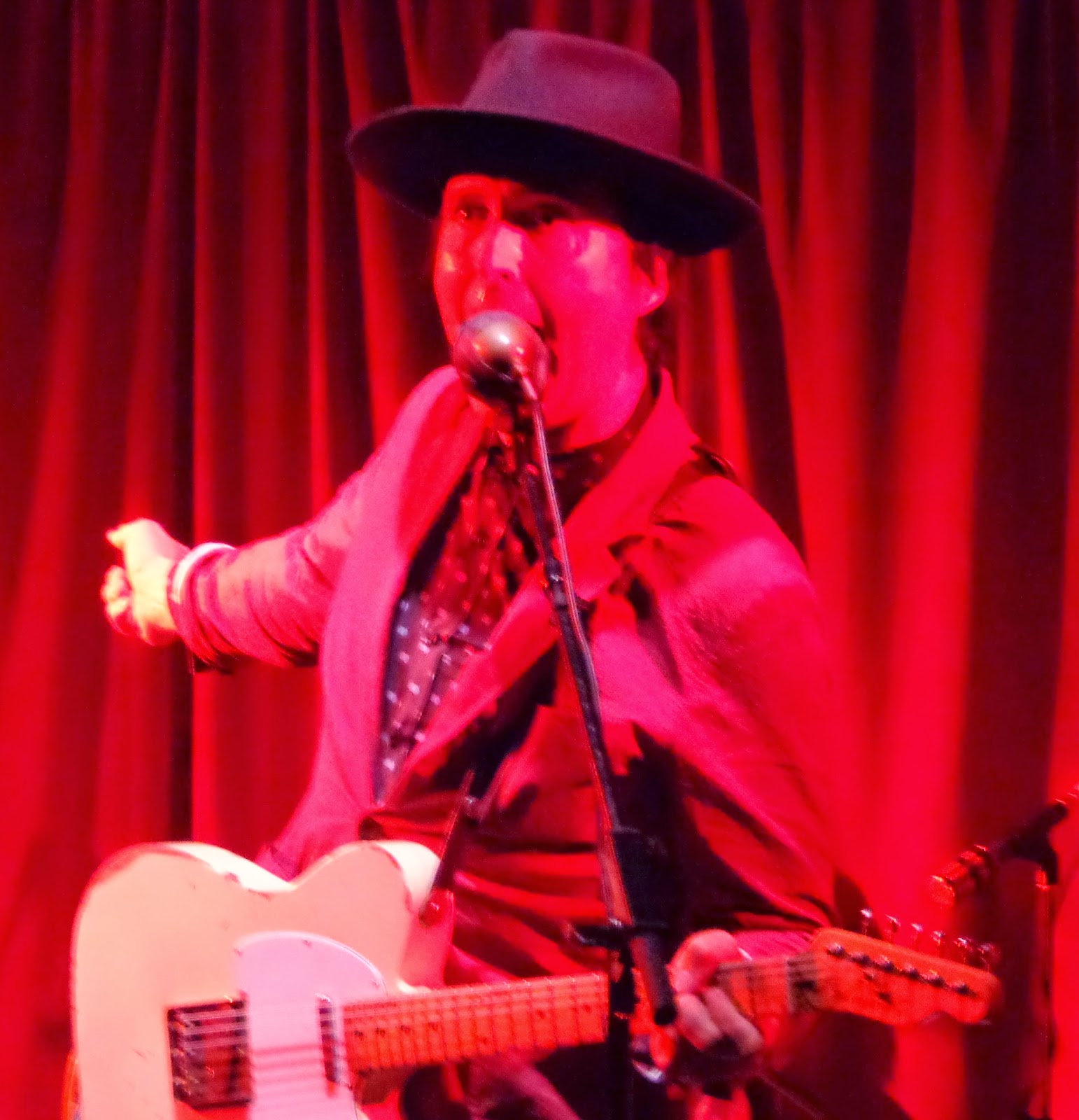 It was a busy day culturally yesterday, even for old "Two Gigs" Goggins (as I have never been known). It started in the afternoon in Trafalgar Square for the "Africa on the Square" festival, where much fun was had by all. I particularly enjoyed the set by Aar Maanta, a UK-based Somali who is much funkier live than he generally is on record.

Then I strolled over to the South Bank to meet the lads for "Language is a Virus from Outer Space", an event celebrating the centenary of William Burroughs that was "curated" by Richard Strange. I was only going to see the long-awaited reunion of Doctors of Madness, which was just as well because the rest of it was utter twaddle. Fortunately the Doctors were great, and probably clinched the "Most Unlikely Guest Appearance of the Year" award when Joe Elliott of Def Leppard joined them to share lead vocals on "Suicide City".

Here's "Suicide City" without Joe, plus a track from Aar Maanta and - as a bonus - Richard Strange's finest solo moment.

Some long overdue Tsonga sounds for you today, courtesy of the delightful Sunglen Chabalala. These two cracking tunes are taken from the fantastically named "Beer 3" album. It came out in 2011, so she is probably on to "Beer 4" or "Beer 5" by now. I imagine that by the time she gets to "Beer 6" the tunes will be starting to get a little maudlin, so it may be a good idea to skip that one and wait until she gets her second wind around "Beer 8".

For those of you inclined to glamorise drinking, let the sad case of George Jones be a salutary lesson to you. Drink too much and you will end up duetting with Garth Brooks.

Elephant In The Room

I will start with a quick plug for "Lateness of Dancers", the excellent new album by our old favourite, Hiss Golden Messenger. You should get it.

I was not previously familiar with the Elephant's oeuvre, but was sufficiently impressed by Mr. Messenger's version of his song "My Cousin's King" that I decided to check him out. And he's not at all bad, as these selections show. As a bonus I've added the cover version that kicked it all off.

"If I Were A Surfer" - Elephant Micah

You can blame George at Jim McLean's Rabbit for this one. He asked for a post on the theme of "people whose name rhymes with Oggins". Apart from a handful of Loggins & Messina tracks that I have left out to avoid this becoming what might be called a Loggins-jam, this is all I can offer. The quality is, I think it is fair to say, somewhat variable. We start with Cousin Curby and end with Dr. Pants. Read into that what you will.

Allow me to start with a largely irrelevant anecdote. When I first went to Russia in the early 1990s, shortly after the arrival of Yeltsin and the first MacDonalds, the locals were mad for anything even vaguely "Western". In particular, many of them were sporting T-shirts with slogans in English. It did not really matter what they said, they just had to be in English. I can still see the big bruiser barreling down Nevski Prospekt in St. Petersburg with "Romney Marsh Garden Centre" proudly emblazoned on his chest.

The reason I mention this is because I think a similar phenomena must explain the names that many Mexican pop and rock bands adopted in the 1960s. Aiming for a name that shouted "rock 'n roll", they ended up with something that was more of a Google Translate attempt at "rock 'n roll".

Without further ado, we present Los Johnny Jets. There will be some sort of prize for the first person to correctly identify the two songs being covered.