A couple of weeks back I rashly promised to bring you some Venezuelan freakbeat. The time has come to confess: I don't have any. There may not even be such a thing.

I am however able to treat you to some Venezuelan Afrobeat, courtesy of the Tragavenao Orquesta Afrobeat (the clue is in the name). Both tracks come from their self-titled 2014 album, currently available on Bandcamp on a very generous "pay what you want" basis.

Posted by Ernie Goggins at 06:58 No comments:

Coming in at nearly 17 minutes, Fela Kuti's "Equalisation of Trouser and Pant" doubles up as my entry for Long Song Monday.

The mighty Wailing Souls are back with an excellent new album. It's called "Back A Yard" and it is out now on VP Records. They first formed as The Renegades in 1966, and a mere 54 years later they still sound great, with two of the three original members (Winston Matthews and Lloyd McDonald) still in the line-up.

The first video features a track from "Back A Yard", as does the second - this is the original but they have remade it for the new album. Before we get there here are a couple of old favourites, including one of the finest Woody Woodpecker impressions you will ever hear.

Part 25 of 27. We are very nearly at the end of our grand tour of the EU, and the closing stretch is a corker. We finish with Spain and Sweden, but first we are off to visit Slovenia, an excellent country - as all the others have been.

I can heartily recommend Ljubljana, Lake Bled and Piran, jewel of the tiny Slovenian coast. On a practical level, Nova Gorica is not very scenic but you can walk from the station to Gorizia in Italy in half an hour. This is very handy if, like me, you get on the train from Ljubljana to Trieste only to discover it isn't going to Trieste after all.

Enough rambling. Time to Laibach and think of Slovenia.

News of Dave Kusworth's death broke on Saturday. Once described as "more Keef than Keef", he was proof that being a proper rock star was about attitude, not tawdry things like commercial success. He wasn't playing the part, he was the real thing.

We saw him once at Dingwalls about eight or nine years ago. He wasn't playing, but he turned up in full regalia - hat, scarf, velvet suit etc - and upstaged Chuck Prophet from the audience. It turned out the two were old buddies so Dave got invited up for the encores. He was looking well lubricated by that point and it was magnificent chaos. From memory he was still roaring away when the mikes got turned off.

If you are not familiar with his work I would recommend "The World of Dave Kusworth Volumes 1 and 2". It came out a couple of years ago and has highlights from his days in The Jacobites with Nikki Sudden and his various solo endeavors.

"For All The Perfect People" - The Dave Kusworth Group

"Pin Your Heart To Me" - The Jacobites

Posted by Ernie Goggins at 22:25 No comments:

Posted by Ernie Goggins at 07:55 No comments:

Every now and then even we surfers of the zeitgeist get a bit weary of relentlessly searching out the exotic and obscure. When that happens there is nothing better than relaxing with old friends to restore your spirits and make you feel ready to get back in the saddle (or whatever the surfing equivalent of a saddle is - I must remember to repair that analogy before posting).

That's what I've been doing this week. Monday it was Gordon Lightfoot, today its the late great Laura Nyro. We'll have maybe one more old pal on Friday before getting back to the usual mix of Venezuelan freakbeat and Kazakh country and western next week.

Back on the board! That's the one!

A bit of Gordon Lightfoot for you today. No particular reason, I was just feeling in the mood for it yesterday evening.
"Summer Side Of Life" - Gordon Lightfoot
"Rainy Day People" - Gordon Lightfoot
Thankfully Gordon is still with us, unlike many others recently, and he's sounding pretty good for a man of 82. Here he is in July taking part in the virtual Canada Day celebrations.
Posted by Ernie Goggins at 03:10 No comments: 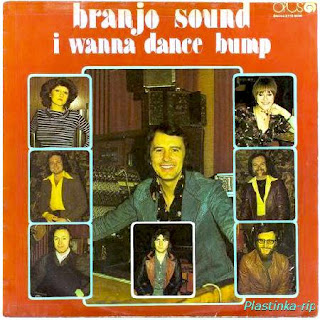 The Sounds of Singapore

We bloggers are a needy bunch, forever checking for new comments or new viewers. I tend to check my view counter every hour on the hour day or two, and every time I do I find that I have had one visitor from Singapore that day.

I don't know whether it is the same person every time or whether the good citizens of Singapore are queuing up at an Internet cafe and taking it in turns to have a look. Whichever it is, I would like to thank them for their loyal support in the only way I know how.

We kick things off with two powerhouse Singaporean singers from the sixties, both backed by The Quests, the 'go to' band of the time. Then we have a hard-hitting piece from a band with a girl's name, and finish off with a man struggling with his cultural identity.

If you viewed this post in the first 30 minutes it was up you would have seen me enthusing about a video by The Quests, only to get a message that the owner had disabled it for use in other media when you tried to play it. Sorry about that. To make up for it, here is some more Sakura Teng - with lyrics so you can sing along.

There are a couple of new records that you should check out.

The first is "UPRIZE!" by South African jazz collective SPAZA (the capital letters are theirs not mine, but they are deserved). It is the soundtrack album to a documentary film of the same name about the 1976 Soweto uprising, sampling extracts from interviews and news coverage that are used in the film.

The film and album are of particularly interest to me because in 1976 I was a 13 year old living in the (white) suburbs of Johannesburg, and I remember the events very well. The uprising started when children of my age and above in Soweto protested against being taught in Afrikaans and it escalated from there.

My family had moved to South Africa a few years before and - while I had always thought that some of the day to day aspects of apartheid like having to sit on different benches in the park were a bit weird and petty - this was probably the first time that I started to understand the bigger picture.

The album isn't available until 18 October but the single, "Sizwile", came out last week. You can buy the single on all the usual platforms and pre-order the album on Bandcamp.

If "Sizwile" is hot off the press, our second record is really rather dated by comparison. When I got sent it back in July I was told it would be released on 11 September so I've been respectfully waiting until now to mention it. But when I looked on one of the online stores yesterday to check it was available for pre-order I discovered it was been all over the Internet since June. Which is good news because it means you can buy it immediately and not have to wait.
The album in question is "Big Heart Manners", the first album in eight years by LA Americana ensemble Atta Boy - and its a goodie. Here is the video for one of my favourite tracks, and the one with lyrics that give the album its title.
Posted by Ernie Goggins at 05:36 No comments:

Get Your Heads Straight

Earlier this week The Swede featured King Tubby's great "Straight To The Copycat Head". Back in the mid 1970s there was a bit of craze for songs called "Straight To [Insert Name Here] Head" in reggae circles. It started off as a simple beef between Prince Jazzbo and I Roy, then I Roy took a pop at Derrick Morgan and after that all hell broke loose.

Here are the ones I've got. I expect there are more.

"Straight To The Capitalist Head" - King Tubby & The Aggrovators

Fortunately U Roy and Big Youth stayed aloof from it all.

In an attempt to persuade the summer to linger longer, for the last few days I have had my speakers pointed to the sky and blasting out "A Long Vacation" by Eiichi Ohtaki.

Eiichi himself started out in Happy End, who you might know, and most of his former bandmates got roped in to help out on the album, which came out in 1981.

"A Long Vacation" was one of the biggest selling albums in Japan in the 1980s. It regularly features near the top of lists of greatest Japanese albums of all time and audiophiles swoon over the production values. There is quite a strong Brian Wilson influence - maybe not so much on the tracks I've selected - and overall it has a nice summery feel.

And now, some more genuine authentic Japanese music from 1981.