We had a request earlier in the week for some Del Shannon. I am happy to oblige.

Del features in this week's "Single Song Sunday" line-up with his version of "Handy Man", sandwiched between the Jimmy Jones original and the slowed-down version by James Taylor which was a top 5 hit in the States in 1977. The mandatory reggae version is by Cornell Campbell, and for the first time we have a light orchestral rendition courtesy of Frank Chacksfield and his Orchestra. Ronnie Laws is mainly there as padding, to be honest.

For the Del enthusiasts among you, here are a couple more cover versions of two of his big hits.

Today's post has two parts. There is no relation between them.

We will start with the most exciting news. I am sure that the more enlightened among you will be familiar with the mighty Pierce Turner. Pierce is currently raising funds on PledgeMusic to enable him to make a new album, and as part of his efforts to drum up support he put this clip on YouTube explaining the inspiration behind one of the songs intended for that album - Joe Dolan fans.

Now, as some of you may know I am a huge fan of the late, great Joe. So when I discovered that Pierce was as well I tweeted him and light-heartedly said that I would pledge if in return he would play Joe's first big solo hit, "The Answer To Everything". Imagine my surprise and delight when he tweeted back to say he would. Watch this space - and while you are doing so, keep yourself occupied by pledging to Pierce and listening to Joe.

"The Answer To Everything" - Joe Dolan

Part 2. You may remember that a few weeks ago I was burbling on about Mexican cover versions of Morrissey songs. Well, I have now been sent a version of "The Boy With The Thorn In His Side" by one A.J. Holmes and his band The Hackney Empire, which is performed in Sierre Leone krio dialect.

I don't know quite why A.J. chose to tackle the song in this way when he apparently stems from Dagenham (or "the heart of darkness" as Joseph Conrad calls it). But it works for me. I would also recommend checking out their new album "Soft Power", which is due out next month. It sort of blends 1980s pop with West African high-life and palm wine sounds. Just don't mention Jimmy The Hoover. 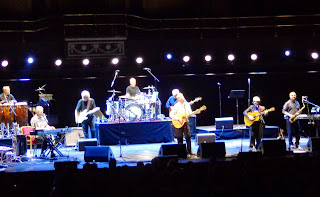 Some modern music from Mozambique for you, folks. Nice to hear a bit of penny-whistle on the first track. The young people should get subjected to more of that sort of thing.

Posted by Ernie Goggins at 22:15 No comments:

From Basildon to Riga

I mentioned in my last post that a Goth record shop employee in Riga had recommended a band that he described as "the Latvian Depeche Mode". Since then I have been inundated with requests to feature them (well, I had one comment from George).

The good news is that we are doing exactly that today. The band in question is Jumprava, formed in 1984 and still going strong. The album I bought is a compilation of their work from 1984 to 1987.

The bad news - which I would have known had I taken the trouble to read their Wikipedia entry first - is that it was only after some line-up changes in 1987 that Jumprava adopted the musical style that led them to be compared to Basildon's finest. "Sestdiena" is about the only track on the album where you can hear any sort of resemblance.

Prior to that they would be better described as the Latvian Thompson Twins. I could not ask any of you to listen to that, so instead we have "Teatris" which has traces of a Latvian China Crisis.

If you are looking for proper Depeche Mode inspired music, try this lot from Bogota. I just can't get enough of them. 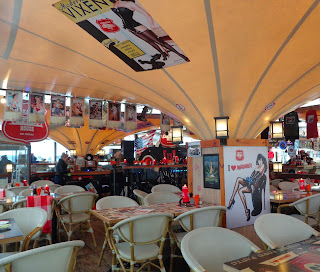 Two For The Price Of One

I have been out and about quite a bit of late, with the result that I have got a little behind in my orders (to quote from the old butcher - baby - bacon slicer joke). This is likely to continue for a while yet. I am off again on Monday to spend a few days in Latvia - a first time for me - and before I go I thought I would try to squeeze two posts into one. Watch out for some Latvian death metal on my return.

To help squeeze a quart of quality into a pint pot of post, I will cut back on the verbiage and get quickly to the tunes. So first up we have some all-female Swedish pop courtesy of Those Dancing Days. Both tracks are from their 2008 album "In Our Space Hero Suits". They are followed by a similar number of tracks from "The Girl I Adore", the 1983 album by Winston Hussey. Mr Hussey was clearly hoping there was a market for Gregory Isaacs impersonators back then, and if the real thing isn't available he is a pretty good stand-in.

"Every Man Should Be Friends" - Winston Hussey

"Run Run" was something I could be heard shouting at Ascot yesterday, where we had a most enjoyable day out from work. I was hoping to be able to play a clip of the Intruders' "She's A Winner" in tribute to one or more of the fillies I backed. Unfortunately most of them bore more resemblance to the hero of this story, but without the happy ending.

My new found enthusiasm for the modern pop music of Uganda continues apace. With thanks again to the indispensable Lina for acting as my guide, here are Radio & Weasel (not, I suspect, the names their parents gave them).

As good as the lads are, for a novice like me, the current king of Entrancing Entebbe Beat (as I will persist in calling it until it catches on) is Eddy Kenzo. Two of his big hits are on heavy rotation round here. The first is "Come Over", which we featured a couple of weeks back. This is the other one.

Viewers of a sensitive disposition should be warned that about halfway through the video we are subjected to some rather alarming breast and bottom shaking - you may prefer to close your eyes and just enjoy the tune at that point. Now I am no prude, and I am willing to accept that sort of thing if it is artistically valid, but I am not convinced it is in this case. The lyrics of the song suggest it tells the story of Eddy's commanding wife who wants to destroy his life. It is not entirely clear if the young lady in question is playing the role of Mrs Kenzo, but if she is it is surely implausible to imply, as the video does, that she intends to destroy his life through excessive wobbling of her womanly parts.

Posted by Ernie Goggins at 21:23 No comments:

As you will have spotted, this time out it is "He'll Have To Go". I did wonder whether to bother because the Jim Reeves' version is as close to perfection as you get and one of my favourite records of all time (I believe George at Jim McLean's Rabbit has similar views). But while the rest of them are no match for Jim they are worth a listen anyway. So here goes.

Including Jim we have a paltry nine versions of the song for you, featuring the obligatory reggae version from Luciano and non-obligatory mento and Tex-Mex versions from the Jolly Boys and Ry Cooder. We also have one of those answer songs that used to be popular in country music in the 1950s and 1960s courtesy of Jeanne Black. It is not exactly another  "It Wasn't God Who Made Honky Tonk Angels", which set the bar for that sort of thing, but hey!

"He'll Have To Go" - Solomon Burke

"He'll Have To Go" - Frankie Miller

"He'll Have To Go" - The Holmes Brothers

"He'll Have To Go" - Wilbert Harrison

"He'll Have To Stay" - Jeanne Black

We end with a short tribute to a man who decided on Friday that he had to go, when it really would have been better if he'd stayed. RIP Ben E King.

"Into The Mystic" - Ben E King