I was very saddened to hear over the weekend of the death of Bobby Womack. He had been a huge hero of mine for many years, and I was lucky enough to see him live a couple of years ago when he was promoting the "Bravest Man In The Universe" album. In his first set he played the album, and that was pretty good, but we were blown away completely by the old-fashioned soul revue that he treated us to after the break. It was, like the man himself, extraordinary.

"Where Do We Go From Here" - Bobby Womack

Posted by Ernie Goggins at 19:56 No comments:

If there is one thing that Ernie Goggins hates, it is people who refer to themselves in the third person.

Some samba from Brazil - where else? - for you today, courtesy of Molejo. They started out in the mid 1990s and appear still to be going strong. I picked up a compilation dating from 2002 for 50p recently, and it was 50p extremely well spent.

First up is my new favourite song of all time, and I anticipate it will remain so until at least Thursday. The second track, with its references to bacalhau and camarões, appears to be some sort of tribute to seafood. I'm on a seafood diet, you know...

Still in Brazil, that Neymar chap has been attracting a lot of attention lately. While I can understand why, personally I have bit of a soft spot for his team-mate Fred. I believe I am legally required to refer to him as "journeyman striker Fred", but with an average of a goal every two games England could do with a journeyman like that. This is for him.

Last night Mister F and I popped down to our favourite local and found a couple of Italian acts doing their thing in our usual corner. The headliners Sibilla were OK, although not really my cup of tea. I preferred the support act, Dancing Julian, except he didn't dance at any point. Didn't even stand up.

It wasn't a particularly well advertised gig and, apart from the performers and a group of their mates, for most of the show Mister F and I were the only members of the audience. The last time something like that happened to me was three or four years ago in Copenhagen, when I was the only paying guest. Coincidentally, two of three acts on the bill that night were also Italian. The headliners were an outfit called Comaneci, and they were pretty good. Here is a track from their 2009 album, "You A Lie".

The second track is from one of the few other Italians I have seen live. Fabio Concato was big in the late 1970s and 1980s, less so by the time I stumbled across him giving a free concert in among the trulli in Alberobello in the early 2000s. But he still put on a fine show.

I was in Brussels earlier in the week and, as always, popped into the CD/DVD shop in Gare Midi before hopping on the train home. There are diminishing returns these days. You can still pick up albums by unknown Dutch bands for €1 in the hope they might be decent, although invariably they are not, but there is not much else to tempt you.

I did find one little gem, though - a compilation by 1970s New Orleans funkateers, Chocolate Milk. They were Allen Toussaint's house band for a while, and produced some pretty nifty stuff of their own, as you will hear below. We have padded things out with more chocolate-based bands and, as a special treat, a great reggae version of the Hot Chocolate classic.

"Heaven Is In The Back Seat Of My Cadillac" - Hot Chocolate

"She Weaves A Tender Trap" - The Chocolate Watchband

I typed "chocolate" into YouTube and that is what came up. I have never heard it before but apparently it was a big Euro-hit back in 2004. It is so bad it almost makes this sound good. Almost, but not quite.

I promised you some Frankie Miller so here he is, displaying an admirable consistency of message.

"Be Good To Yourself" - Frankie Miller

I am not a man given either to overstatement or throwing my weight around, but sometimes it becomes necessary. This is one of those times.

You lot need to get yourselves over to Noisetrade right now. Cody ChesnuTT has temporarily made his 2012 album "Landing On A Hundred" available for free download, together with some bonus tracks. It is a fantastic record, and those of you who love classic soul will be as smitten with it as I am.

If any of you are daring to question my judgement, this should be enough to convince you.

"Till I Met Thee" - Cody ChesnuTT

We will stick with soul for today's video clip. The Scottish clip on my previous post seems to have generated some excitement, so let's combine the two and bring you the king of Scottish soul, the man North London's own Rod Stewart wishes he was - Mr Frankie Miller. If you behave yourselves, I might let you have some more Frankie over the weekend. 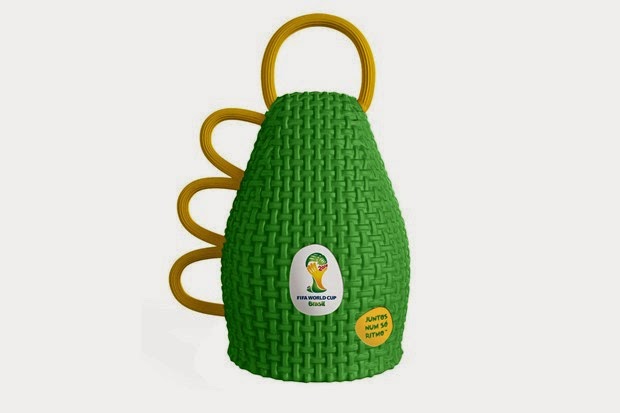 With untypical, and possibly unrepeatable, planning we have Single Song Sunday for two weeks in a row. This week it is the old protest song standard, "Where Have All The Flowers Gone". Written by Pete Seeger, it was popularised by the Kingston Trio who had a hit with it in 1961. Since then there have been many weird and wonderful versions. Some of these are more weird than wonderful, it must be acknowledged.

"Where Have All The Flowers Gone" - The Kingston Tro

"Where Have All The Flowers Gone" - Johnny Rivers

"Where Have All The Flowers Gone" - The Chambers Brothers

"Where Have All The Flowers Gone" - Earth, Wind & Fire

"Where Have All The Flowers Gone" - Marlene Dietrich

"Where Have All The Flowers Gone" - Rufus Harley

While "researching" this post I discovered that Jimmy Sommerville had covered the song, so I tracked that down. Had he done it in the style you associate with him it would definitely been here, but it turned out to be a perfectly pleasant but fairly unremarkable acoustic version. So instead, here is Jimmy doing what he does best.

Last time we visited Tsonga Soap Land we reported that Prince Rhangani, egged on by the naughty Benny Mayengani, has supposedly fallen out with his mentor, the great Joe Shirimani. We will give Benny a chance to state his case shortly, but today we give Joe some airtime. Today's selections are from "Hawu Ra Mina", the album he made with his Vana va Ndoda collective last year. The young pretenders are pretty good, but on the evidence Joe is still top of the tree.

With the World Cup coming up next week it seems appropriate to feature "Order". I am not entirely sure whether it is a tribute to the beautiful game or an extended metaphor for something or other, but I'm not sure it really matters.

And here is another favourite Joe.

Our occasional series returns with a soul standard - "That's How Strong My Love Is". The best known version is Otis Redding's hit from 1965, but the original recording was made the year before by the mighty O.V. Wright. Since then just about every soul singer worth their salt has had a go, as have a fair few other folks as well. Of course, we have tracked down the obligatory reggae version.

The song was writen by Roosevelt Jamison, who sounds an interesting character. As well as being a songwriter, producer and manager to the likes of O.V. and James Carr, he was a hematologist who ran a blood bank in Beale Street in Memphis. Apparently he first got involved in the music business when he let bands rehearse at the back of the blood bank.

"That's How Strong My Love Is" - Otis Redding

"That's How Strong My Love Is" - Candi Staton

"That's How Strong My Love Is" - Buddy Miller

"That's How Strong My Love Is" - The Youngbloods

"That's How Strong My Love Is" - The Incredible Casuals

"That's How Strong My Love Is" - Bryan Ferry

"That's How Strong My Love Is" - The Gaylettes