Part 23 of our tour of Europe brings us to Romania. I had a few days in Bucharest once - part work, part sightseeing - and liked it very much. At one point I had plans to visit Timisoara with a side trip over the border to Belgrade but it never came off. I may try again next year when it is the official European City of Culture.

The bizarre highlight of the Bucharest trip was a breakfast meeting at my hotel with a local MEP who bore a striking resemblance to Pitbull (the rapper not the dog). He turned up on a pair of crutches, and most of the meeting was spent with me getting him refills from the breakfast buffet or him explaining in great detail the plot of a film that was the Romanian equivalent of "Green Card".

Enough of my rambling. Let's get on with the show.

To those of you who read the title of this post and are fearful of what might follow in the video section - You are right to be afraid. We are going there.

But first, some songs about shacks:

"Back at the Chicken Shack" - Jimmy Smith

Busy On The Bongos

I have been stocking up on random purchases in charity shops since the Great Reopening. The sheer relief at being able to do so has resulted in me showing even less taste and discrimination than usual. If there is a 'Three for £1' offer on, I'm having three whether I like them or not.

One CD acquired in such circumstances that has definitely exceeded my expectations is "Outer Bongolia" (2007) by a gentleman known as The Bongolian (possibly not his real name). Lots of bongos, as you would have guessed, and lots of Hammond organ too. It is really rather good.

Three Men Walk Into A Bar

It has been a fair while since we had any country music on here. We are putting that right today and doing it in style.

Nobody has caused more tears to be shed into beers than these three gents - listening to any one of them will dilute even the strongest ale until it is weaker than the weediest lager shandy - and they have shed a fair few themselves.

"Hand Me Another" - Gary Stewart

Have you recovered from yesterday's George-induced extravaganza yet? Several of my senses are still shook up (in a good way), and at least one of them may be permanently discombobulated.

Tucked away in the midst of that cavalcade of sounds was a note from me mentioning that I would be following up with a post on a particular Portuguese band.

This is that post, and Quarteto 1111 is that band. Considered by many (possibly) to be the founding fathers of Portuguese psych, they made a couple of cracking singles in 1970. These are they.

The lead singer Jose Cid went on to have successful solo career, the highlight of which was perhaps his 1978 rock opera "10,000 Anos Depois Entre Venus e Marte" (10,000 Years Later Between Venus and Mars).

Well it was either that or his appearance at Eurovision two years later.
Posted by Ernie Goggins at 07:37 1 comment: 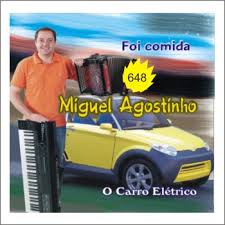 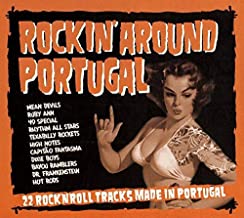 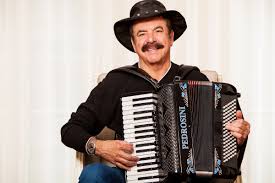 If any of you thought the title of the post implied we were starting a musical tour of the Caribbean - apologies, we are not. We haven't even finished the trip round the EU yet and I'm going to need to rest after that (but while on the subject, make sure you tune in on Friday for a very special treat).

The more musically astute among you will have worked out that where we actually wanna take yer is Kokomo. Oh Bermuda, Bahama, come on pretty Mama (and other readers).

More Cause And Effect

One leads inevitably to the other.

"Get A Little Dirt On Your Hands" - The Delltones

While we're on the subject of muddy water(s)...

It may seem hard to believe now, but there was a time when reggae melodica players were ten a penny. The undisputed king of them all was the late, great Augustus Pablo.

Here are a couple of tracks from an excellent 2-CD compilation called "Skanking Easy" which I picked up at our recently reopened local charity shop.

Posted by Ernie Goggins at 05:53 No comments:

We are now three-quarters of the way through our Grand Tour of all EU countries and we find ourselves in Poland, the country responsible for over 80% of the world's usage of the letter Z.

I've been lucky enough to visit a number of times, taking in the delights of Sopot on the Baltic coast, Przemysl near the border with Ukraine and various places in between. All of them were thoroughly groovy, as are today's tunes.

We'll kick the videos off with a band I was lucky enough to see live in 2011 in the splendour of the Palace of Culture in Warsaw - the mighty Red Guitars.

Brian Hyland did some terrible things in his youth - "Itsy Witsy Tennie Weenie Yellow Polka Dot Bikini" to name but one - and then spent the rest of his career trying to atone for them.

In 1970 he took Curtis Mayfield's "Gypsy Woman" to Number 3 in the US charts with a bit of help from Del Shannon, and then in 1977 he teamed up with Allen Toussaint for an album called "In A State Of Bayou". Very nice it is too, with a sort of Johnny Rivers feel (which is always a good thing as far as I am concerned).

"Hail To The Man" - Brian Hyland

Hello my dear friends, to quote Tiny Tim. Here he is with four other people called Tiny, and a video that is dedicated to my friend Jennifer for reasons she will understand.

"Help Me To Find A Love" - Tiny Timmy Tipp

Our Grand Tour brings us to The Netherlands, land of tulips, cheese, total football and flood controls, and many other delights too numerous to mention. I first visited more than 35 years ago and it is always a treat to go back. This post is dedicated to my friends Charlotte and Eveline and to the great Dennis Bergkamp.
I have a fair amount of Dutch music in my collection, including this little gem which I picked up on my first visit to Amsterdam. 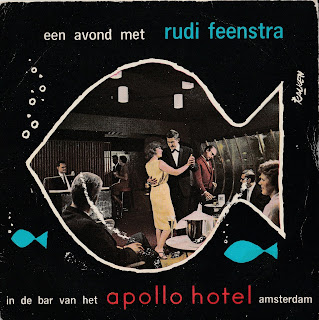 In his day Rudi was the cocktail cabaret king of Old Amsterdam. The cover is better than the contents - the other side has a photo of the Great Man and a pencil drawing of the exceptionally ugly Apollo Hotel - but I've included a short extract as a treat for our Caledonian readers.
As for the rest of the selection, I could have spent days agonising over which artists to choose. But I'm off on holiday for a week tomorrow so instead I have picked five tracks more or less off the top of my head, all of them pretty groovy in their own way.
"The Wee Cooper O' Fife" - Rudi Feenstra
"Kicks And Chicks" - The Zipps
"Rock In The Sea" - Shocking Blue
"Er Zou Er Een Meisje Gaan Halen" - Wargaren
"Tattoo Song" - Herman Brood & His Wild Romance
"Salama" - Kasba
Longstanding readers may recall that I always feature the same video when I go off on my summer holidays, and as it happens its by a Dutch duo (it is almost as if this planned). We'll follow the ring-rang-a-dong with some ding-a-dong and then slowly descend into gibberish.
Posted by Ernie Goggins at 06:25 2 comments: