I was working in Paris on Monday and managed to find an hour in my busy schedule for a whistle-stop tour of a few of the African record shops in the area around Chateau-Rouge metro - not remotely long enough to do them justice, but long enough to pick up a few bargains.

Straight off the top of the pile comes Cameroon's own Romeo Dika and his album "Marvellous". I had never previously heard of Romeo, but bought the album because the sleeve-notes said that our friend Elvis Kemayo was involved in some unspecified co-ordination role. It was a lucky hunch as "Marvellous" lives up to its name.

We start, as the album does, with a masterful piece of makossa that is bound to get you dancing, and follow it with the only English language track on the album in which Romeo pays an affectionate - if occasionally unintelligible - tribute to his dear old Mum. I am sure Mrs Dika must be very proud of her boy.

Wayne Smith, who died earlier this week aged only 48, is only really known for one record - but what a record. As well as being excellent in its own right, when "Under Mi Sleng Teng" came out in 1985 was the first time a digital rhythm track was used in Jamaica. As such it was hugely influential in the development of dancehall - not always for the better it must be said - and the "riddim" itself has been used many, many times. Here are a few examples.

To prove that there were other records as well, here is something different from Wayne.

"Time Is A Moment In Space" - Wayne Smith

And if you are wondering why that sounds strangely familiar, it's because it is a cover version of "A Woman In Love" by Barbara Streisand. Oddly there does not seem to be a single decent video of her singing it, so you'll have to settle for this lady from the Greek version of "Stars In Their Eyes".

In A Lather In Java

Inul Daratista is a dangdut singer from East Java. Never having knowingly heard dangdut before I have no idea if she is typical of the style. Judging by her first album "Goyang Inul", which I picked up for £1 up the Holloway Road the other day, I would guess she is from the poppier end of the spectrum. It is not really my cup of tea, to be honest, but see what you think.

Apparently when the album came out in 2003 she caused a scandal in Indonesia with what was felt by many to be her immodest dress and saucy dance routines. Purely in the interest of research I have checked out a few clips. While not exactly Miley Cyrus with her twerking and tongue waggling - for which we can all give thanks - I can see why a gentleman might get a bit hot and bothered if not used to that sort of thing.

There was a great compilation called "She's So Fine" released last year. Over the course of 95 tracks it charts the early years of girl groups right up the point where the 50 year rule bites and the company who issued it would have to pay copyright. How else could they price it at £8? If you feel guilty, try to console yourself with the knowledge that in all likelihood none of the women responsible for these great sounds have ever seen a royalty cheque in their lives. So you are indirectly sticking it to The Man! Yeah!

Alongside the likes of the Chiffons, Crystals and Marvelettes there are plenty of more obscure acts. Here are a couple of them, both bearing news of exciting new dance styles.

I am not sure who The Sherrys think they are fooling by spelling it "Pop-Pie", but they are clearly influenced by this old favourite.

By God, I love that record!
Posted by Ernie Goggins at 20:54 No comments:

More from Berlin. Mister F, who in most respects is painfully hip, has an unexpected weakness for vintage German schlager. So you can imagine how excited he was to find a copy of the 2-CD "Das Schlagerkarussell Der 70er" for just €2 on a market stall. As excited as I was to pick up the greatest hits of Ulla Meinecke and Alexandra (real name Doris Nefedov - you can see why they opted for a stage name).

Here are a couple of cover versions from the schlager compilation, followed by one apiece from Ulla and Doris. I imagine you will recognise the first three - "The Young New Mexican Puppeteer" by Tom Jones, "Do It Again" by Raffaela Carra and "You're Moving Out Today" by Carol Bayer Sager. But number four is considerably more obscure.

You're right, of course. It was a remake of "Every Day Is The Same" by Clodagh Rodgers. Here is Clodagh herself, accompanied only by her legs.

The cultural highlight of my and Mister F's recent long weekend in Berlin was undoubtedly our trip to the Country Music Meeting up in Wittenau. Three days of music, dancing and good old-fashioned American-German fun, although in our case it was nearer three hours than three days. While the bands weren't bad, they weren't half as entertaining as the fans. 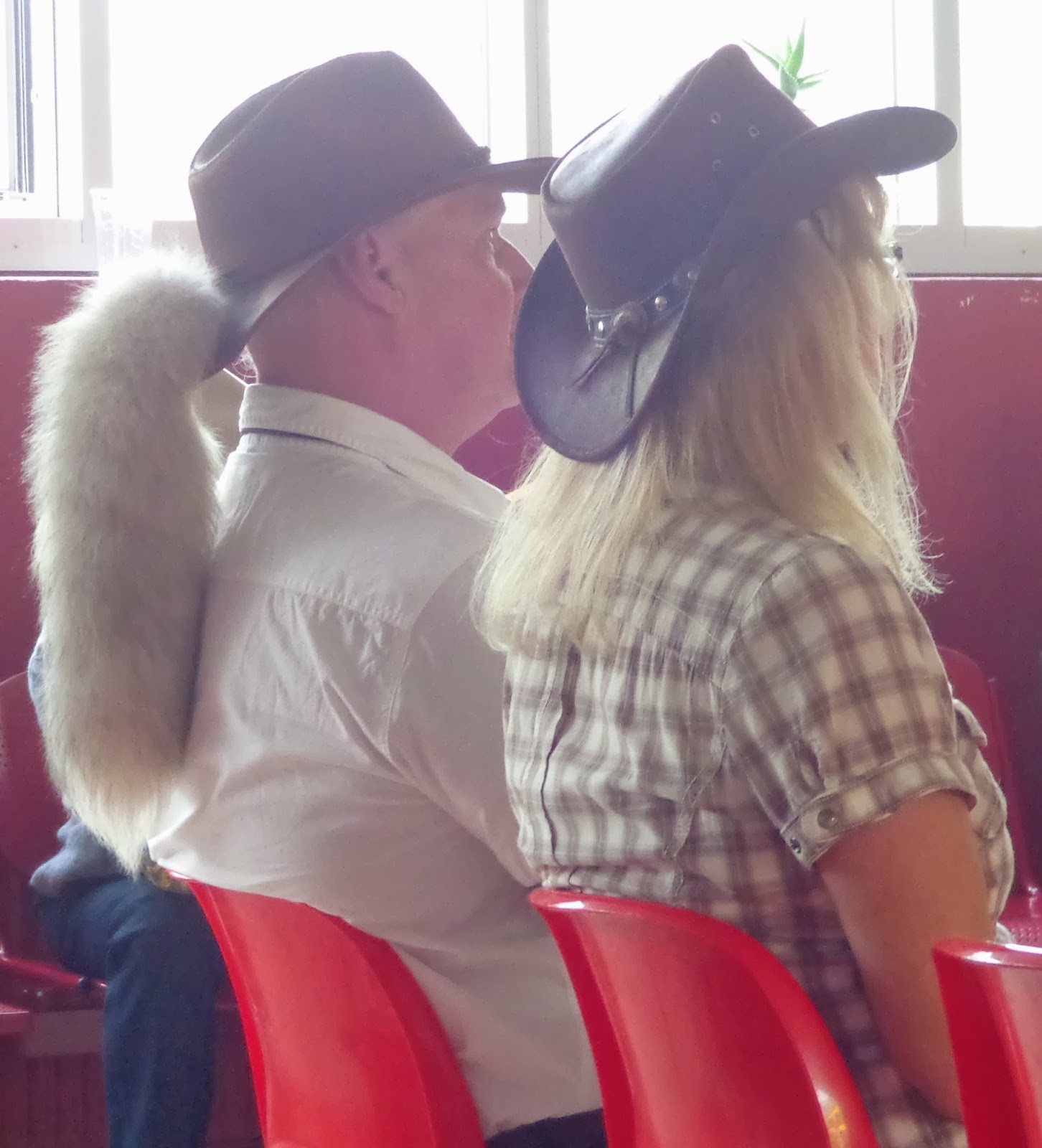 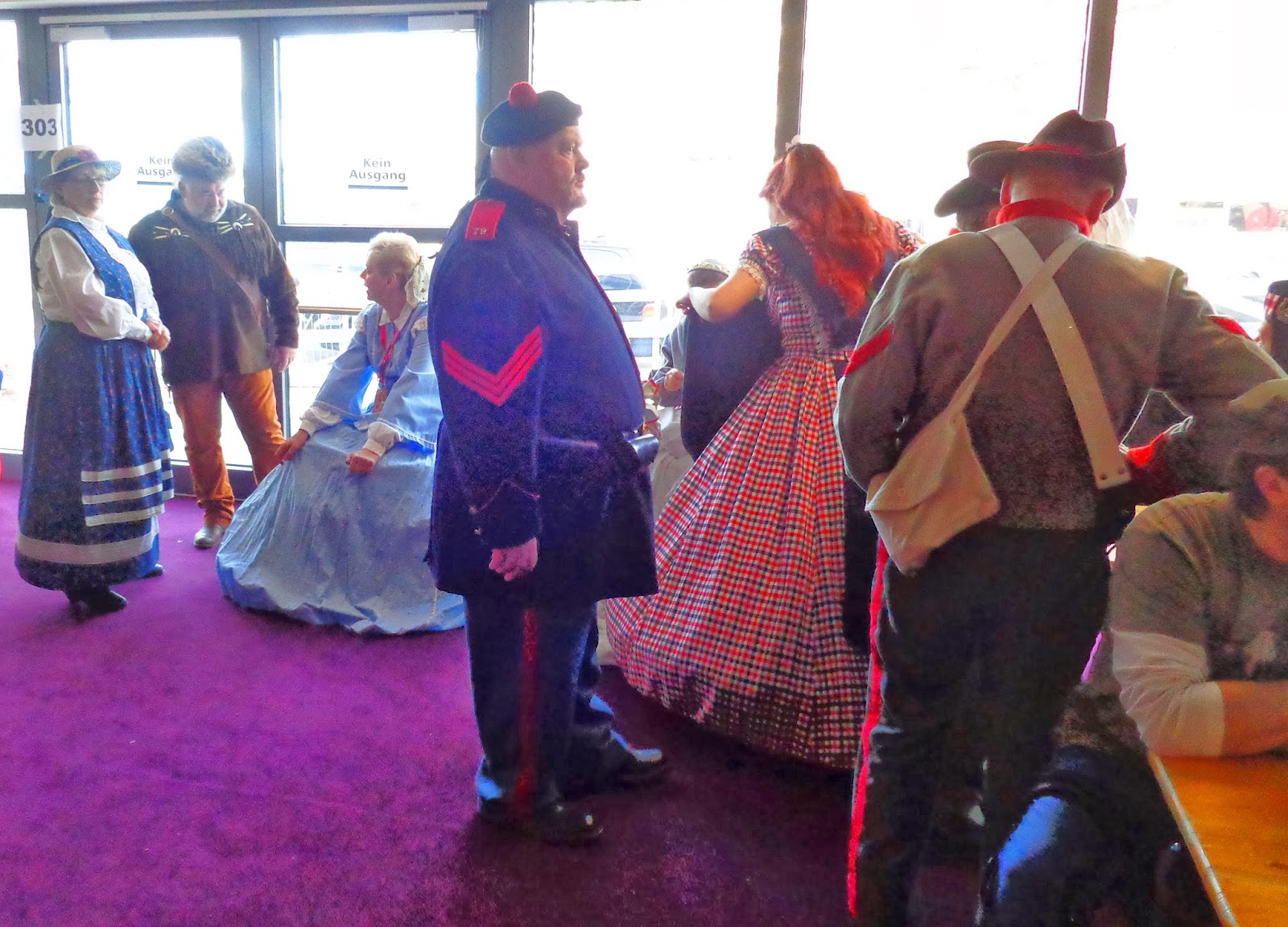 Possibly Germany's most impressive contribution to country music is Bear Family Records, a label responsible for many excellent reissues of rare and vintage sounds. Sure enough, there was a stall at the Messe selling assorted Bear Family CDs for €5 a pop, so naturally I helped myself to a few. They included "Flying Saucer Boogie", the collected works of one Eddie Cletro - no, me neither. Here are a couple of Eddie's best from 1951 and 1952 respectively.
"Lonesome Train Boogie" - Eddie Cletro
"First Class Second Hand Woman" - Eddie Cletro
As for the acts we saw in Berlin, the pick of the bunch was Evi Tausen from the Faroe Islands. I was going to call her The Faroese Nightingale but I am not sure if they have nightingales way up there (and The Faroese Puffin doesn't really sound like a compliment). Anyway, here she is with a long-lost song co-written by Vivian Cash, Johnny's first wife.

London's transport system permitting I'm off to Berlin for a few days. I'm sure I will return laden down with some tuneful Teutonic tonics to lift our collective spirits. But until then, to get us all in the right mood, here are some Germans.

"The Champ" - The German Top Five

If you can't quite put your finger on why that last one sounds familiar then, unless it is because you are a German schlager fan, it will be because its a mutant remake of this: 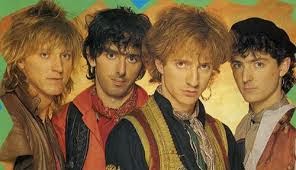