It is a season full of celebrations for the Goggins family. Yesterday my dear old Dad turned 80, tomorrow my dear old Mum will do the same. In between we have the comparatively unimportant matter of New Year's Eve.

I don't understand the lyrics of the first song, but have rashly assumed that Asha Bhosle and R.D. Burman are strongly in favour of Daddy and Mummy. Let's hope so, anyway, because I am. Happy birthday to the best parents a boy could ask for.

Today's video features a particular favourite of my Dad's (and is pretty much guaranteed to make my sisters blub).

"My World's Come Down" - Big Tom & The Mainliners

We'll close with performances from a couple of the finest Charles's ever to grace a stage: Messrs Aznavour (1 October, aged 94) and Hodges (22 September, aged 74).

It's that time of year when we pay tribute to some of those we lost during the last twelve months, all of them too soon. In this part, we'll salute a few fabulous folks whose departures you may have missed at the time as they didn't get much if any news coverage (at least not in the UK).

We'll round things off with a nod to Kenny O'Dell (27 March, aged 73). Kenny made a few decent records of his own, but had more success as a songwriter. Here's Charlie Rich with his best known song.

Posted by Ernie Goggins at 20:13 No comments:

As our Christmas present to you all, an increasingly rare edition of Single Song Sunday. The single song is "Help Me Make It Through The Night". There are literally hundreds of versions knocking about, but after extensive research and hours of agonising we've narrowed it down to ten.

We start, as we should, with Kris Kristofferson's 1970 original, and follow it up with the biggest selling versions in the US and UK - Sammi Smith took it to No. 8 in the US in 1971, and John Holt to No. 6 in the UK in 1974. John's version also doubles up as the Mandatory Reggae Version, although there are plenty more out there.

As for the rest, we have some country, some soul, some mid-tempo moody gloominess, some jazz, some Tex-Mex and a Korean language version. Something for everyone!

"Help Me Make It Through The Night" - Kris Kristofferson

"Help Me Make It Through The Night" - Sammi Smith

"Help Me Make It Through The Night" - John Holt

"Help Me Make It Through The Night" - Gladys Knight & The Pips

"Help Me Make It Through The Night" - Johnny Cash & June Carter

"Help Me Make It Through The Night" - Wilson Pickett

"Help Me Make It Through The Night" - Mark Eitzel

"Help Me Make It Through The Night" - Cornell Dupree

"Help Me Make It Through The Night" - Flaco Jimenez

"Help Me Make It Through The Night" - Kim Se Hwan

Posted by Ernie Goggins at 18:10 No comments:

In real life I am an international taste-maker - a surfer, if you will, of the zeitgeist. But like many bloggers I also have a shadowy secondary life offline.

In that less vivid world I used to work for a regulator, one which had a report on its efficiency published this morning. It is a dry, technical document, as you might imagine, but in the middle of the summary section this florid passage of purple prose appears:

"This is an institution constructed in a different era – a ramshackle house, cobbled together with all sorts of extensions over time. The house is serviceable up to a point but it leaks and creaks, sometimes badly. The inhabitants of the house have sought to patch and mend. But in the end, the house is built on weak foundations. It is time to build a new house."

I have no idea what that is all about - presumably the author of the report wanted us to know that beneath their dull professional exterior there beats the heart of a poet. But it has inspired today's playlist, which I dedicate to all my old pals at the ramshackle regulator.

"This Property Is Condemned" - Mike Henderson

What better way to get through a dreary December afternoon than listening to Turkish psychedelia. Here are a couple of tracks from the mighty Cem Karaca, both taken from his 1975 album "Nem Kaldi?"

Posted by Ernie Goggins at 16:26 No comments: 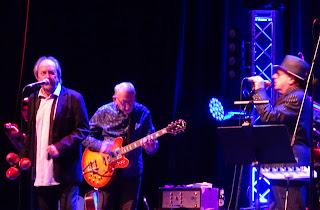 A two part post for you today. In the first part, some stonking samba courtesy of one Márcio Local. Both tracks are from his album "Says Don Dree Don Day Don Don", which came out on Luaka Bop in 2009. As a label I find them a bit hit and miss, but this is definitely one of the hits.

The second part is a very nearly exclusive new video from Lesley Barth for her song "Pinwheels". Lesley premiered it earlier today on some obscure website called Facebook, but in case that doesn't work out she has kindly agreed to let us show it here as well.

I like "Pinwheels" a lot - there is something about the mood of it that reminds me of Sarabeth Tucek's "The Fireman" from a few years ago, which must be a good thing. If you want to download the track, and I would encourage you to do so, you can find it on Lesley's Bandcamp page along with her back catalogue (which is well worth exploring).

Posted by Ernie Goggins at 19:34 No comments:

I was going to start this post by referring to Wild Youth as the leading lights of the original South African punk scene, but that would have been misleading as there wasn't really enough bands to call it a scene.

Apart from Wild Youth there was the wonderfully named Young Dumb & Violent and The Safari Suits, who were probably too arty to count as real punks anyway. I saw the Suits in Cape Town in 1978/9 and to end their first set they got one of their mates to charge on stage dressed as a policeman, denounce us all as subversives and threaten us with arrest. Unfortunately he did it rather too convincingly and most of the audience left immediately. There were only about four of us there for the second set, and I only stayed because I had to wait for my Mum to pick me up - very punk.

None of the bands were particularly brilliant, to be honest, but Wild Youth were definitely the pick of the bunch. Here are a couple of their finer moments.

"Wot About Me" - Wild Youth

Posted by Ernie Goggins at 16:31 No comments:

Into The Next Century

A couple of weeks ago I did a post celebrating having had visitors from 100 countries. I mentioned then that we had dawdled in the nervous 90s for several months before reaching that landmark. It seems that now that the mark has been reached, the nerves have dissipated and they are rolling in. Earlier this week, we had visitors from three new countries in a single day: Sri Lanka, Honduras and Hungary.

I have a fair number of Hungarian records that I've picked up on visits there, certainly enough to do a few themed posts if I remember. In the meantime, here is an absolute belter from the mighty Kati Kovacs (who also stars in what may be the best video I have ever shared with you). Then we have one apiece from my considerably less extensive collections of Honduran and Sri Lankan tunes. 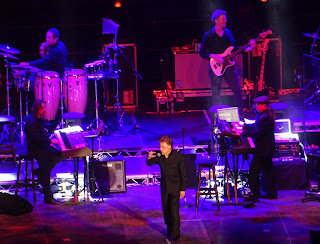