"I'm At The Crossroads" - Vernon Garrett

"You Know What I Mean" - The Vernons Girls

Two musical pioneers passed away earlier this week. I dare say there are plenty of clips of Jack Ely of the Kingsmen belatedly kicking off the 1960s in the USA with "Louie Louie", so I have gone for the other one. His sidekick wished he could fly right up to the sky, but he's the one whose done it. RIP Keith Harris. 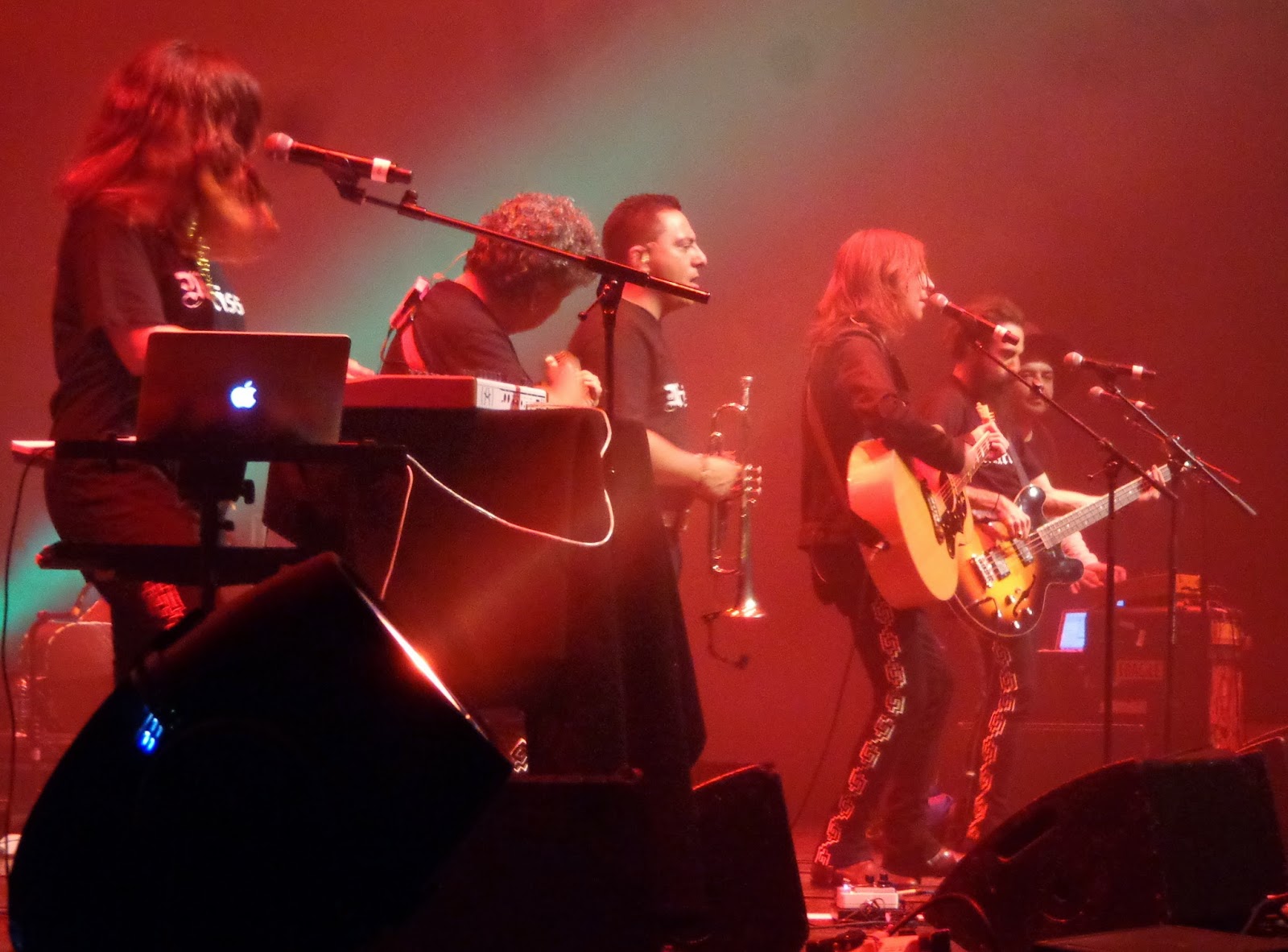 Last time out we were in 1980s Kenya. Tonight we are hopping over the border into Uganda and forward thirty years for some modern pop. Thanks to a tip-off from my friend Lina - international brain-box and nail artiste - here is Mr Eddy Kenzo with a couple of tracks from his current album "Sitya Loss". Very catchy they are too.

To the best of my knowledge, Eddy Kenzo is no relation to Eddie Kendricks. He could learn a thing or two about dress sense from him though.

Let's get back on track after Saturday's ukulele aberration. One of the albums I picked up in South Africa recently has the captivating title "World Defeats The Grandfathers: Swinging Swahili Rumba 1982-1986". It is a compilation of album tracks by Issa Juma & Super Wanyika Stars.

Tanzanian by birth, Issa's early career was divided between there and Uganda, but only really took off in the late 1970s, by which time he had been living in Kenya for a number of years. I would not claim to have any expertise in East African music, so I don't know to what extent his travels influenced his style. To be honest, it all sounds pretty Congolese to me.

These two tracks to date from 1982 and 1984, the year in which the Kenyan authorities threw Issa in jail for working without a valid permit. Sadly his health was affected and he never fully recovered. A stroke in 1988 left him unable to perform, and he died a few years later. But, as you will hear, he left quite a legacy behind.

And if that interloper from Tanzania wasn't authentic enough for you, here is genuine Kenyan superstar, born in Nairobi a mere 79 years ago. Long may he run.

This is for my old friend Mister F, who has an inexplicable weakness for ladies with ukuleles.

I had hoped my first post after my holidays would be a chirpy one - perhaps one of the 15 Tsonga CDs I picked up while in South Africa - but sadly not. Instead we need to pay tribute to the great Percy Sledge, who passed away earlier today at the age of 74.

Because of the ubiquity of "When A Man Loves A Woman", Percy is sometimes thought of as a one-song man. Nothing could be further from the truth. He made some of the best soul records in the business, one of which - his version of George Soule's "I'll Be Your Everything" - is a serious contender for the first dance when me and the next Mrs Goggins tie the knot. Here it is, with a few other personal favourites. There are many, many more I could have chosen.

"I'll Be Your Everything" - Percy Sledge

"You Got Away With Love" - Percy Sledge

"If This Is The Last Time" - Percy Sledge