After a brief break last weekend, we are back with more tracks from our favourite Japanese all-girl garage bands compilation ever. I reckon we can get a couple of more editions out of it before the quality starts dropping off, so stand by for more super sounds next Saturday. In the meantime, here is some sugary sweetness for you.

I was looking on YouTube for videos by either band, without much luck - there was one live clip of Chocomates but very poor quality - when I found this. I don't know who these women are, or who the gentleman in the red dress is, but they are magnificent.

Yesterday was not what you would call a fun day for me, as I spent a large chunk of the morning having root canal treatment. There was an up side, however, as I discovered a new band.

Chatting to the woman on reception while I was paying generously for having been tortured, I discovered that in real life she was the singer in a band called The Other Ones (who are not to be confused with other bands called the Other Ones).

They already have some stuff on Bandcamp, and will shortly be adding more as they have a new EP coming out on 5 September. There is a launch event that evening in London's trendy Hoxton - details can be found on their Facebook page.

As for me, I should have taken Jean's advice rather than falling for Dr Dwight's standard dentist lies.

"Keep Your Mouth Shut And Your Eyes Open" - Jean Wells

Posted by Ernie Goggins at 07:58 No comments:

Today, half the signs of the Zodiac. Don't panic, I have no intention of returning with the other half at a future date.

The idea for this post came to me while in Cape Town last week when I picked up a copy of an album by one Junior Taurus. However, having now listened to it, it doesn't really do it for me so it hasn't made the cut. We've gone for hippies and reggae instead.

"Gemini On The Way" - Maplewood

The Portuguese subtitles there were provided for George's benefit. Also for George, here is a Junior Taurus video to save him having to look it up (as we all know he will).

Two series in two days, I'm not sure I have ever been this organised. It won't last.

After yesterday's Japanese jamboree, today sees the return of our long-running but infrequent Single Song Sunday series. And it is a bit of a corker if I say so myself - Barry and Robin Gibb's mighty "To Love Somebody".

You may think of it as a song that it is impossible to mess up. You would be wrong, as my extensive research for this column has found. Roberta Flack's decision to slow it down and get rid of the tune didn't really work for me, the less said about Jimmy Somerville's cod reggae effort the better. Also,  both the Michaels (Bolton and Buble) have had a hack at it.

You'll find none of that stuff here. Instead we have pure pop from Gary Puckett and the Bee Gees themselves, soul from Nina Simone and James Carr, country from the Burritos and even a Mexican version! The Mandatory Reggae Version comes from Bunny "Rugs" Clarke, way back before he hit the big time with Third World.

"To Love Somebody" -  Bee Gees

"To Love Somebody" -  James Carr

"To Love Somebody" -  The Flying Burrito Brothers

"To Love Somebody" -  Nina Simone

"To Love Somebody" -  Eric Burdon & The Animals

"To Love Somebody" -  Gary Puckett & The Union Gap

"To Love Somebody" -  The Sweet Inspirations

"To Love Somebody" -  Grupo Tolerados

"To Love Somebody" -  Bunny Rugs & The Upsetters

That's it from me for a little while - I'm heading off on my travels in a few hours, back in ten days or so. Stay groovy in the meantime.

Two more tracks from the excellent "Girls Sazanami Beat! Volume 1" compilation that I picked up while visiting Japan last month. This week it's all about getting behind the wheel (or getting someone else behind the wheel).

A couple of old classics for you today from the great Buster Brown. And that is really all I have to say on the matter.

"Is You Is Or Is You Ain't My Baby" - Buster Brown

We're back with some more splendid sounds from "Girls Sazanami Beat! Volume 1". This week the emphasis is on getting going. Me from Me & Bye Bye☆Cats! - I am assuming Me is the lead singer - is primarily concerned with getting her own gang going. Tigerlily are much more inclusive.

Death Of An Heir Of Sorrows

Very saddened to hear about the untimely death yesterday of David Berman (AKA Silver Jews), all the more so coming so soon after his long-awaited and thoroughly excellent reappearance in the guise of Purple Mountains. RIP Mr Berman.

"Death Of An Heir Of Sorrows" - Silver Jews

Posted by Ernie Goggins at 21:32 No comments:

Some smooth soul sounds from two magnificently monickered men. Both tracks are from a compilation called "The Northern Side of Philly Soul".

When my Sister Kate was little we used to call her Pookie, hence the bonus track. Love you Pookie!

"This Gets To Me" - Pookie Hudson

"I Wish I Could Shimmy Like My Sister Kate" - The Olympics

Ladies and Gentlemen, we bring you the Greatest Story Ever Told.

Back in 2008, the cool cats at Tokyo's Sazanami record label decided to ring up all the female beat and punk bands they knew and get them to contribute to an album. The result was "Girl Sazanami Beat! Volume 1" (sub-title: "Japanese Girls Beat A Go Go!").

There are 21 tracks on the album and almost every one of them is a cracker. So for the next few Saturdays at least we'll be sharing the highlights in a new series called "Sazanami Saturday". And while we are doing that I'm going to see if I can find Volumes 2 to 5.

We'll kick things off with Kumamoto's own The Portugal Japan. You may find the lyrical complexity a little overwhelming at first but stick with it. And who wouldn't want to have a surfin' hootenanny with the groovy gals of That's A NO NO!? I know I would. 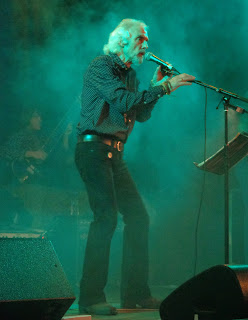