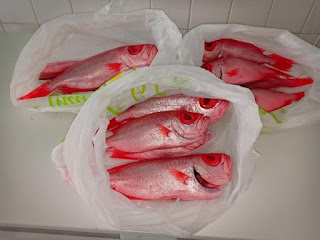 Some super soul sounds from '72 for you today, courtesy of Mel & Tim. "Starting All Over Again" made the US Top 20 that year. Both tracks can be found on the album of the same name.

Before any of you ask, they are not a misspelt Mel & Kim, as I think their respective videos will prove.

"Starting All Over Again" - Mel & Tim

Over the weekend I was listening to "Quietly Blowing It", the new album by Hiss Golden Messenger. It's excellent. If you haven't bought it already you should go and do so now.

Hiss Messengerness is possibly my favourite artist to emerge over the last ten years or so - he's certainly up there. I first became aware of him through 2011's "Poor Moon" and first got to see him the following year in a pub basement supporting Michael Chapman. Since then I've been lucky enough to see him a few more times both solo and with a band, and I've picked up every album as well.

"The Serpent Is Kind (Compared To Man)" - Hiss Golden Messenger

The second time I saw Hiss Golden Messenger it was just M.C. Taylor again, this time on a double bill with William Tyler. When he announced that for an encore he would be doing a song by Gary Stewart (one of my all-time heroes as long-serving readers might recall) and that Mr Tyler would be helping out I felt I had a take a sneaky video. With apologies for the quality, here it is.

And here he is the first time I saw him. I had forgotten that I had taken this video until I went to find the other one. The picture quality is a bit better is this one but the sound quality is worse, so apologies again.
Posted by Ernie Goggins at 02:40 2 comments:

Today's post goes out especially to our old friend George. He's a big Osmonds fan and doesn't mind who knows it. I considered featuring a couple of their singles but then realised he has probably got them all already, so here are a couple of Mandatory Reggae Versions instead.

"Love Me For A Reason" - The Fabulous Five

Even surfers of the zeitgeist and epicures of the exotic need to switch off sometimes. As much as I enjoy the rich stew of Patagonian funk and Uzbek prog that we serve up every week, sometimes I need to cleanse my palate with some good old-fashioned tunes I can tap my toes to.

Ladies and gentleman, please give a big jazz hand to Ms Liza Minnelli. Both tracks come from her 1973 LP "The Singer" on which she interprets in her own unique way the works of Stevie Wonder, James Taylor, Carly Simon, Donny Hathaway and... er... Hurricane Smith.

"Dancing In The Moonlight" - Liza Minnelli

"Baby Don't Get Hooked On Me" - Liza Minnelli

Do You Know The Way To São Tomé?

Something a bit special for you today, folks. Some vintage pop tunes from São Tomé and Principe.

Being the sophisticated bunch you are, you don't need me to tell you that the beautiful island nation of São Tomé and Principe can be found off the west coast of Africa (opposite Gabon to be precise) or that it was formerly a Portuguese colony.

What you may not know is that it is home to some fantastic music. To be fair, I did not know that either until I listened to "Léve-Léve", a brilliant compilation of music made in the islands during the 1970s and 1980s. The album was released last year by Bongo Joe records and is available on Bandcamp etc.

It has been ages since we last had a Single Song Sunday, and I feel the need to try to make it up to you. You may say it's too late. And you'd be right.

Carole King took her singer-songwriter standard to number one in the Billboard charts 50 years ago this month, which gives us all the excuse we need. Not that an excuse is really required to feature some of these cracking cover versions.

We kick off with Carole's original then swiftly follow it up with three great soul versions from 1972, including the Isley Brothers' ten minute psychodrama. Almost as long is the extended mix of the Quartz and Dina Carroll version which made the UK top ten thirty years ago. I should've got the single version. In this case, less is more.

At that point in proceedings Mr Ray Conniff and friends step in to liven things up, before introducing our international guests - one each from Finland, Germany and Cambodia. The event culminates, as always, in the Mandatory Reggae Version.

"It's Too Late" - Denise LaSalle

"It's Too Late" - The Isley Brothers

Today's offering has been taken down from the weird but wonderful shelf and dusted off for your delectation and delight. Its "Le Monde Fabuleux Des Yamasuki", a 1971 French concept album featuring heavy drums, an actual Japanese judo master who shouts a lot and a female choir chanting real or pretend Japanese lyrics. That old chestnut.
The genius behind the album, Daniel Vangarde, has many other claims to fame. One of the tracks from the album, "Aie a Mwana" became a minor hit for Bananarama in 1981. His son is one half of Daft Punk. And he wrote and produced the two classics featured in the videos. He's one hell of a dude.
"Yama Yama" - The Yamasuki Singers
"Yamasuki" - The Yamasuki Singers
Posted by Ernie Goggins at 06:39 2 comments:

In today's episode of Trenchtown Eastenders, Dr Alimantado wants to acquire a gun but Nicodemus tries to talk him out of it.

Posted by Ernie Goggins at 05:07 No comments:

Loam On The Range

Today's selections are from "Lez Dance", the second album from Durham (North Carolina) based Loamlands. Released in 2019, it is available on Bandcamp, as is their first album "Sweet High Rise". Both are well worth checking out.

Loamlands describe themselves as "a distorted country music outfit based in North Carolina that places queer storytelling at the forefront", and go on to say that "their music intimately grapples with identity, pronouns and experiencing a queer existence in both modern-day and historical Southern culture".

That's not an experience that is particularly close to my own - although I did once inadvertently spend an evening in a lesbian bar in Raleigh (its a long story) - but I can tell a bloody good record when I hear one. This is one.

Posted by Ernie Goggins at 05:23 No comments:

Ladies and Gentlemen, we give you Brinsley Schwarz. Founding fathers of public house rock music (to give it its full name). The primeval soup from which emerged Nick Lowe, Ian Gomm and The Rumour. But also so much more.

A few years ago I picked up their first five albums in a box set for about £10, but have only recently got round to listening to them all properly. I wouldn't say any of them are "must haves" to be honest, but there is an excellent compilation waiting to be made.

"Hymn To Me" - Brinsley Schwarz

"The Slow One" - Brinsley Schwarz

"The Last Time I Was Fooled" - Brinsley Schwarz

"Surrender To The Rhythm" - Brinsley Schwarz

We're back with Part 2 of our musical trip to the Democratic Republic of Congo. We have some more smashing sounds then.

I actually spent 24 hours in Kinshasa the best part of 30 years ago. It is a long and complicated story but in brief we had made the mistake of booking cheap flights to Johannesburg with the late lamented Air Zaire, which was not best known for its reliability

On the return journey the plane turned up a day late and the pilot then decided to terminate the flight in Kinshasa for some reason. Those of us lucky enough to find our luggage and nab a seat on the only coach that was available spent the night in a very dodgy hotel (better that than the floor of the transit lounge). Slightly to our surprise we were collected the next day and finally made it home 48 hours late.

All in all I don't think I saw the best of Kinshasa in my brief time there. Hopefully one day there will be a chance for me to go back and take in its many delights properly. Until then, we have the wonderful music.

Posted by Ernie Goggins at 06:24 No comments:

There was great excitement at Leggies HQ last week when we had our first ever visitor from the Democratic Republic of Congo. Welcome to the gang!

It is becoming traditional here to patronise our new friends by playing them some of their own music. The DRC is a country that has produced mountainous amounts of magnificent music, much more than we could possibly do justice to in one post, so we are making this a two-parter. Even that is going to be woefully inadequate.

Today being a Monday, King Kester Emeneya seems an obvious place to start. It also has the merit of being a long song, as are today's other two selections, in a respectful nod to other people's traditions.

The middle video is even longer - 45 minutes of Franco and friends!

Posted by Ernie Goggins at 07:04 No comments:

Some vintage soul for you today, courtesy of Earl Gaines. Mr Gaines was born in Decatur, Alabama but moved to Nashville in his teens and was based there throughout his career. He had his biggest hit in 1955 as the uncredited lead vocalist on Louis Brooks & His Hi-Toppers'  "It's Love Baby (24 Hours A Day)" - No. 2 in the R&B charts - but kept recording until the 1990s and performing right up until his death in 2009.

Here's Earl performing his big hit, I would guess some time in the mid 1960s. The fashions sported by the band and the female dancers blend beautifully.

Posted by Ernie Goggins at 06:20 No comments: