For no reason other than he is bloody good and we haven't featured him before, here are a couple of early 1970s tracks from the mighty Syl Johnson. One tells of love arriving, the other of love departing.

As you have probably worked out, Syl is short for Sylvester. But Mr Johnson is not to be confused with this Sylvester.

We are keeping on with the catching up with the Tsonga CDs I bought last year and had not got round to sharing. This time out we hear from Percy Mfana, with two tracks from his 2012 album "Ni Lo Bebula". I had not come across Percy previously but this was his ninth album. If they are all as good as this I will need to start tracking down his back catalogue. The second track features guest vocals from Sunglen (of Sunglen & Flora fame).

More Percy! This clip appears to be an extended promo for his sixth album, although it was only posted last month so who knows. Settle back for just under twenty minutes of fun, fun, fun.

Posted by Ernie Goggins at 16:46 No comments:

I was very saddened to learn yesterday of the death from cancer of the wonderful reggae singer Jimmy Riley. Here is a brief and inadequate tribute to the great man. RIP Mr Riley.

This month's "Single Song Sunday" features a Randy Newman song that I chose because it was overcast earlier. Needless to say it has turned into a lovely sunny weather. That's the British weather for you, folks, guaranteed to mess up your plans.

Alongside Randy himself we have heavyweights such as Nina Simone, Joe Cocker, Peggy Lee and - in the clip - Dusty Springfield. The Mandatory Reggae Version comes from, ahem, UB40 (in my defence, this was very early in their career when they were still pretty good). Keeping it in the family, we also feature Ali and Robin Campbell's dear old dad, Ian Campbell.

"I Think It's Going To Rain Today" - Randy Newman

"I Think It's Going To Rain Today" - Peggy Lee

"I Think It's Going To Rain Today" - Nina Simone

"I Think It's Going To Rain Today" - Maxine Weldon

"I Think It's Going To Rain Today" - Joe Cocker

I have been to a couple of very enjoyable - but very different - gigs in the last week or so.

The first was at the Sebright Arms in Bethnal Green last weekend. The headliner was Nick Garrie, who was responsible for one of the great "lost" albums of the psychedelic era, "The Nightmare of J.B. Stanislas". The album has been rediscovered in the last ten years, and fortunately Mr Garrie is still around to enjoy live. The main support came from Raf & O, the main competition from Personality Barmaid, who appeared to be under the impression we were there to listen to her. 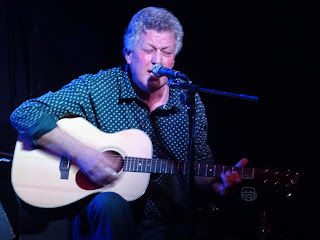 On Wednesday night I was in Brussels, and discovered that Kel Assouf - the Tuareg blues band from Niger - were in town. So I popped along to Ancienne Belgique to watch, and am very glad I did. For me they were not quite as good as fellow desert blues dudes Terakaft were a couple of weeks back, and maybe a little too prone to lengthy guitar jams, but they are still well worth seeing if you get a chance. 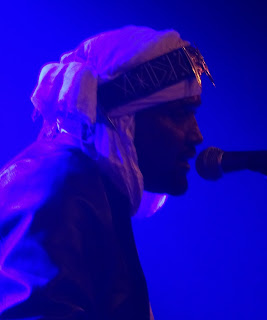 Here is a track from each of them. Nick's comes from "Stanislas", The Kel's from their latest album "Tikounen".

"Can I Stay With You" - Nick Garrie

Today's clip is a tribute to Steve Young, who passed away earlier in the week. I saw him centuries ago at the Cambridge Folk Festival, but didn't fully appreciate quite how good he was until I got hold of his "Switchblades of Love" album many years after that. You should track it down. I couldn't find any decent clips of Steve, so instead here is Waylon Jennings with one of his best known songs.

Our last few bulletins from the Tsonga music frontline have featured protagonists from both sides of the Chauke/ Maluleke divide. But there are plenty of non-aligned musicians as well. One such is Simon Baloyi, whose series of "Swisolo" albums with the delightful Manguru Sisters are worth rooting round for. Today's tracks come from the fifth album in the series, "Wa Dya Gama Na?".

If any of you are wondering what the lyrics mean, I can't help I'm afraid. I have no idea what Simon says.

Posted by Ernie Goggins at 20:21 No comments:

Roach In The Tourist Bus

Over the last few years, the Soul Jazz label has been churning out a series of excellent vintage reggae compilations. One of the best is "Dancehall 2" which, as the name implies, brings together some great stuff from the early days of dancehall.

For me it was worth the money just for the full length version of Errol Scorcher's magnificent "Roach In De Corner", as my much treasured copy of the original 12" is now almost unplayable. Here it is, with a couple more treats to set you up for the weekend.

Welcome to a new week, folks, as we continue to work our way through the backlog of Tsonga CDs that I picked up in Johannesburg last year. Last time out we featured George Maluleke, the patriarch of one of the two great Tsonga musical clans. In the interests of balance we feature a representative of the opposition, the Chaukes.

Hamilton Chauke uses his full name when writing and producing, but as a performer went by the name of Hammy Chauke. For his fifth album, "Hlolwa (Lumba Ncuma)" - the one we feature today - he added a "Shinyori" in the middle. I am not sure why. The backing singers of Thomas Chauke - George's equivalent - are the Shinyori Sisters, so possibly Hamilton (I can't bring myself to call a grown man Hammy) is related to one of them. Or maybe Thomas, who produced the album, insisted on it. If anyone can shed any light on the matter, please do.

Today's clip comes from the American branch of the clan. It is a genuine true fact that this lady's real name is Chauke Khan.

Posted by Ernie Goggins at 18:09 No comments:

A couple of old pals of ours have new albums out this month. I can heartily recommend both of them, but I am a bit biased.

First up is demented German bluesman Dad Horse Experience, for whom I once flew back from Romania in order to see him perform in our local pub. His new album, the snappily titled "Eating Meatballs on a Blood-Stained Mattress in a Huggy Bear Motel" is awash with the usual demented German blues. As always there is plenty of death and depravity. No dogs this time, but there are swine and bears. And fish.

Pierce Turner's album has a relatively succinct title - "Love Can't Always Be Articulate". Based on the first couple of listens I would say it is as good an album as he has ever made. Which I'm extra pleased about as I was one of those who pledged money to help him get it made.

I have chosen the track "He Gets Gone" as it was a YouTube clip of Pierce explaining the story behind the song that led me to contact Pierce with a request that led in turn to the clip below. Pierce can tell you the story much better than I can (though not necessarily more accurately).

"He Gets Gone" - Pierce Turner

Posted by Ernie Goggins at 17:12 No comments:

Right Up Your Alley

Welcome to March. Here is some midweek mellowness from Sally Nyolo. She's from Cameroon, you know.

And here's a Sally from the 70s

Posted by Ernie Goggins at 18:50 No comments: