Today we bring you the first of our slim pickings from Malaysia, bought purely on the basis of the cover: 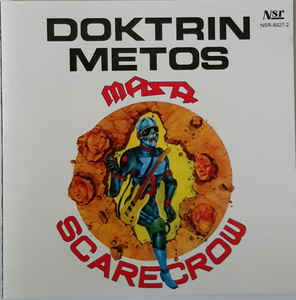 As the eagle-eyed among you will spot, the album is "Masa Scarecrow" and the band is Doktrin Metos, which I am am advised is Malaysian for Metal Doctrine. Which gives you a pretty good idea of what you get - bog-standard metal of the era (1990) with a couple of less heavy tracks thrown in to show depth. It's not for me, but make your own minds up.

But whatever else might be said about Doktrin Metos, they are at least an improvement on the similarly named novelty band Doctor & The Medics.