This is the second instalment of my attempt to bring the music of Mpharanyana to a wider audience (all 46 of you). It is not exactly "bringing Tsonga Disco to the masses", but then it is not Tsonga Disco either - that treat is still to come.

For those of you who missed last week's post, the late Mpharanyana (real name: Jacob Radebe) was a South African soul singer of the 1970s. A number of compilation CDs of his work are now available in South Africa but, as far as I know, not elsewhere. Here is a picture of the great man: 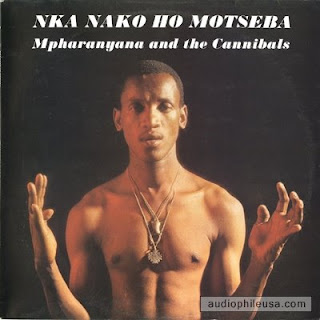 This week's effort is "Katlehong". Soul music is full of songs where the protagonist realises, after moving to the big city to chase success, that he was never happier than in his old home town (for example, "Midnight train to Georgia" and "San Francisco is a lonely town"). "Katlehong" is Mpharanyana's contribution to the canon, Katlehong being a township 20 miles or so east of Johannesburg.

I have no idea whether Mpharanyana was actually from Katlehong. I rather suspect it got chosen because it rhymes with "where I belong". But I like to think that its success would have led to a series of copycat tributes to the townships of the East Rand - "each step takes me closer/ to dear old Thokoza" has a nice ring to it, as does "I'm taking the bus/ back to Vosloorus".