Here is the Ethiopian pop I promised you the other day, courtesy of a young lady called Hibist Tiruneh. It has all the modern production techniques but retains enough of the old Addis funk sound of the 1970s to satisfy an old fart like me as well.

Judging by the cover of her 2008 album "Tetaltenal Wey?", from which today's selections are taken, Hibist is not just a fine singer but a bit of a saucepot as well. Or a Wat Pot as they are probably known in Ethiopia. 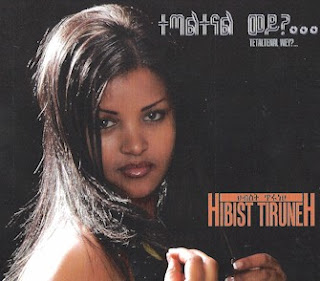 This is just a guess, but I think "Siebastopol" may be about a giant cannon rather than the town in the Crimea. According to Wikipedia, a 6.7 ton mortar of that name was built by Emperor Tewodros II in the 1860s. Or, rather more prosaically, it might be about this cinema in Addis Ababa.

We're going to pretend it is the cannon, so we can link to another mighty Cannon.