Tsonga Disco: Clash Of The Titans

This may be the last time I post some Tsonga Disco for a while as I have run out of albums, but we are going out on top.

In recent weeks we have featured the reigning king of Tsonga Disco (Penny Penny), the young pretender (General Muzka) and the God-like genius of Joe Shirimani. Now we bring them all together.

Earlier this year Papa Penny and the General teamed up, with Joe as co-writer and producer, and released "The King Vs The General". The front cover shows the two of them in boxing gloves facing up to each other, but I think the photos on the inside cover are much more in keeping with the grandeur of the project. Papa Penny is the one with the hair and I think these pictures show that, sartorially at least, he still reigns. 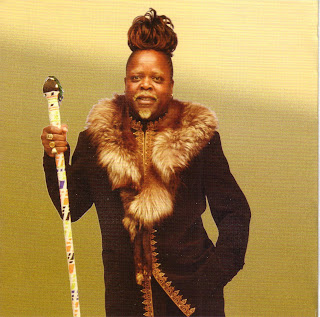 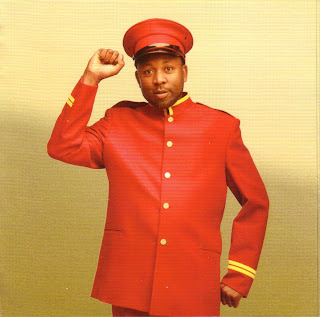 Here are two of the many fine tracks on the album:

The Gautrain is the new high-speed rail link being built between Johannesburg and Pretoria. My dear old Dad is working on the project, so this post is dedicated to him. I suspect he may not be a big fan of Tsonga Disco were he to hear it. He is, however, a big fan of early Roger Whittaker - as am I. So here is a clip of Roger in his pomp.